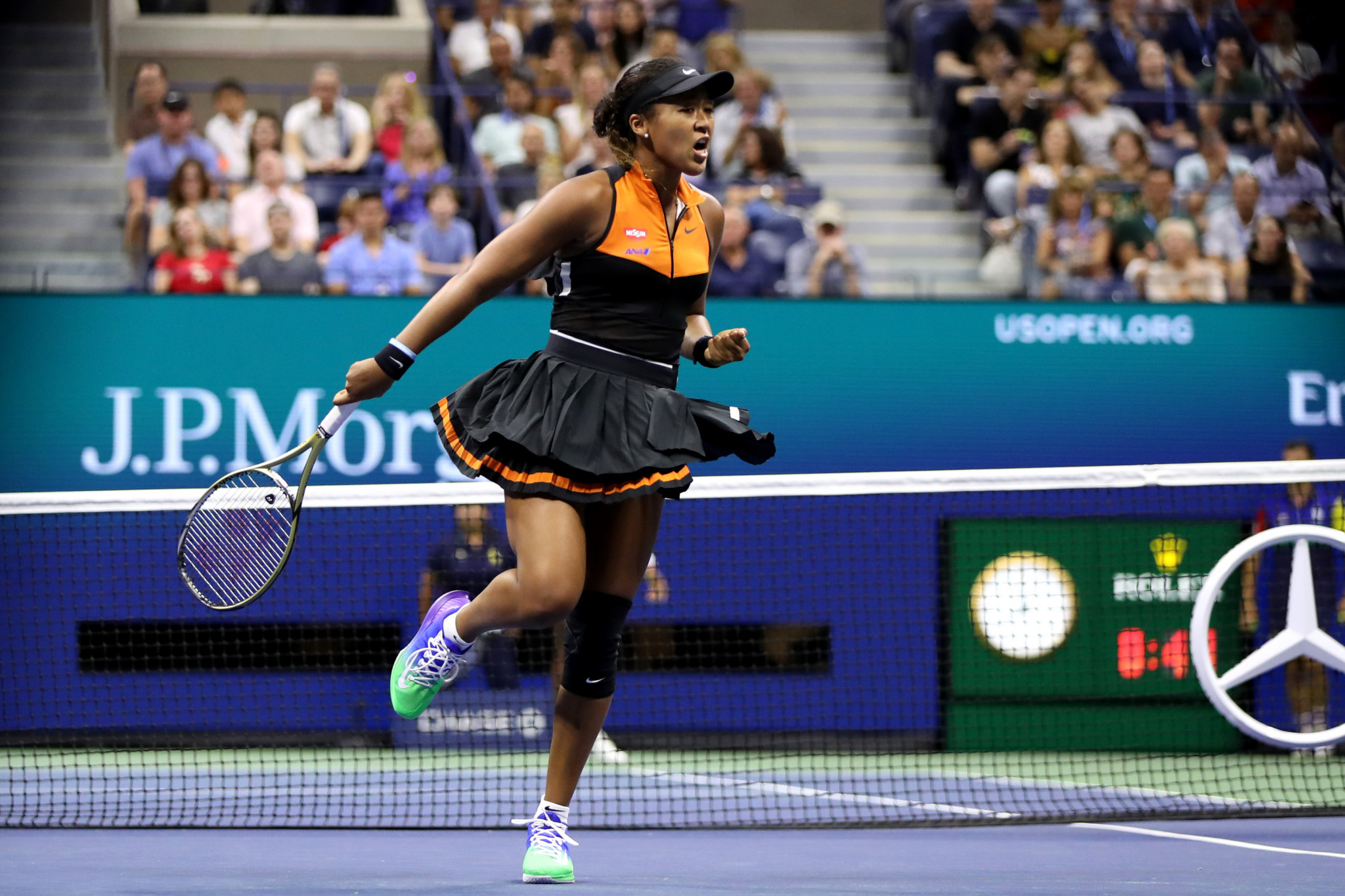 Japan's defending champion Naomi Osaka ended the run of teenage sensation Coco Gauff in the third round of the US Open at Flushing Meadows in New York.

The top seed raced to a 6-3, 6-0 victory to knock-out the American 15-year-old who has taken the tennis world by storm.

Twenty-one-year-old Osaka, the world number one, took the first three games and also the last seven points as she started and finished strongly.

The players enjoyed a heartwarming embrace at the net after the match as the run of Gauff, who created headlines by making the fourth round at Wimbledon, was brought to an end.

"She was crying, she won," said Gauff, who was playing in just her second Grand Slam and was invited by Osaka to speak to the crowd during the post-match interviews.

"I didn't know why she was crying, I was like, 'you won the match'.

"I was wanting to leave the court because I'm not the type of person who wants to cry in front of everyone.

"I'm happy that she kind of convinced me to do it because, I mean, I'm not used to crying in front of everyone."

Osaka, who has now reached the last 16, added: "I was just thinking it would be nice for her to address the people that came and watched her play.

"They were cheering for her."

It means the Spaniard remains on course for a 19th Grand Slam and a fourth US Open.

Dutch seventh seed Kiki Bertens was knocked out of the women's draw as she lost 6-2, 6-3 to Germany's 26th seed Julia Görges.

Townsend had stunned another Romanian, fourth seed and Wimbledon champion Simona Halep, in the previous round.

Wildcard Kristie Ahn was also victorious for the US after a 6-3, 7-5 win over Latvia's former French Open winner Jeļena Ostapenko.

In men's action Germany's sixth seed and ATP Finals champion Alexander Zverev made it through against Slovenia's Aljaž Bedene, coming from behind to win 6-7, 7-6, 6-3, 7-6.

The controversial 28th seed, who has repeatedly clashed with officials, was heard saying "I don't even want to be here" during his match.

Fourth round matches will begin at the hard court Grand Slam tomorrow.