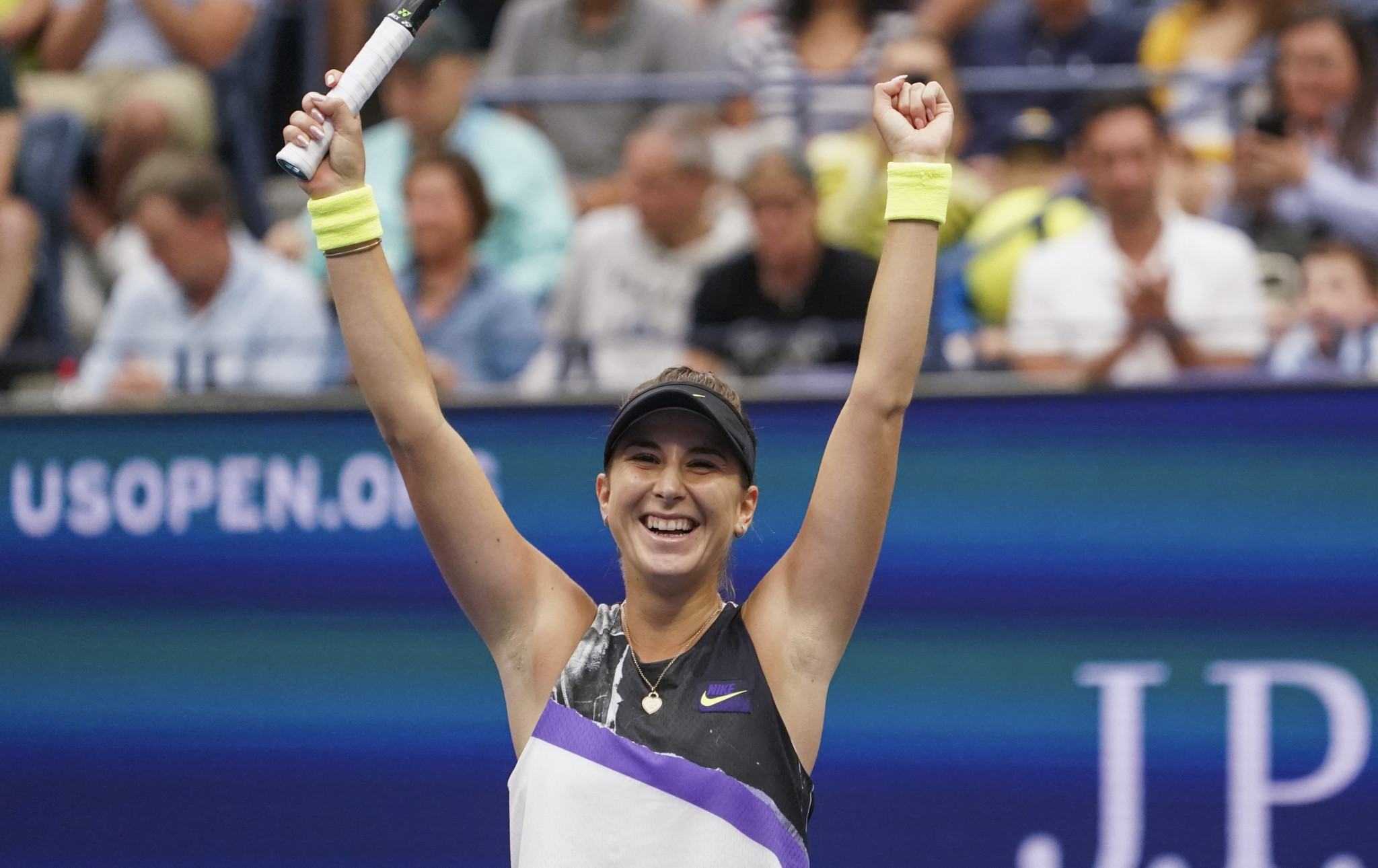 Reigning women's champion Naomi Osaka was knocked out in the fourth round of the US Open after coming unstuck to a superb performance by Switzerland's Belinda Bencic.

The Japanese top seed, who was defending her ranking points from her victory at Flushing Meadows last year, will lose her world number one spot after her defeat in New York.

The 22-year-old raced into a 3-0 lead after an early break in the opening set but Osaka got back on terms.

In the 11th game, Bencic broke again and served out the set.

Osaka, who has also been beaten by Bencic at Indian Wells and Madrid this season, later claimed she was struggling with a knee injury.

The 21-year-old double-faulted at a key time in the second set to hand the Swiss another break, and Bencic served out the match to love.

"The challenge cannot be bigger than Naomi," said Bencic.

"I'm pleased how I managed my nerves.

"I had to take her serve early, try to anticipate, because she has a lot of power.

"I tried to play it a little bit like chess and tried to anticipate on the court."

Australia's Ashleigh Barty will now return to world number one, despite her US Open campaign also ending at the fourth round stage yesterday.

Bencic will play Donna Vekić of Croatia in the quarter-finals after the 23rd seed recovered from the brink of defeat to knock out Julia Görges, 6-7, 7-5, 6-3.

The German served for the match at 7-6, 5-4 but became error-prone and served three double faults.

Görges, the 26th seed, did have a match point but she stroked into the net and Vekić turned things round.

Mertens will now meet Andreescu in the last eight.

"For some moments in the second set I felt there were too many points in his hands, he was pushing me back, he had more aggression than me and he hit every ball very strong," said Nadal.

"After that second set I thought something needed to change or I would be in his hands.

"I started to return the second serve inside the court and that created a different perspective."

The quarter-finals begin tomorrow at the hard court tournament, the last Grand Slam of the year.