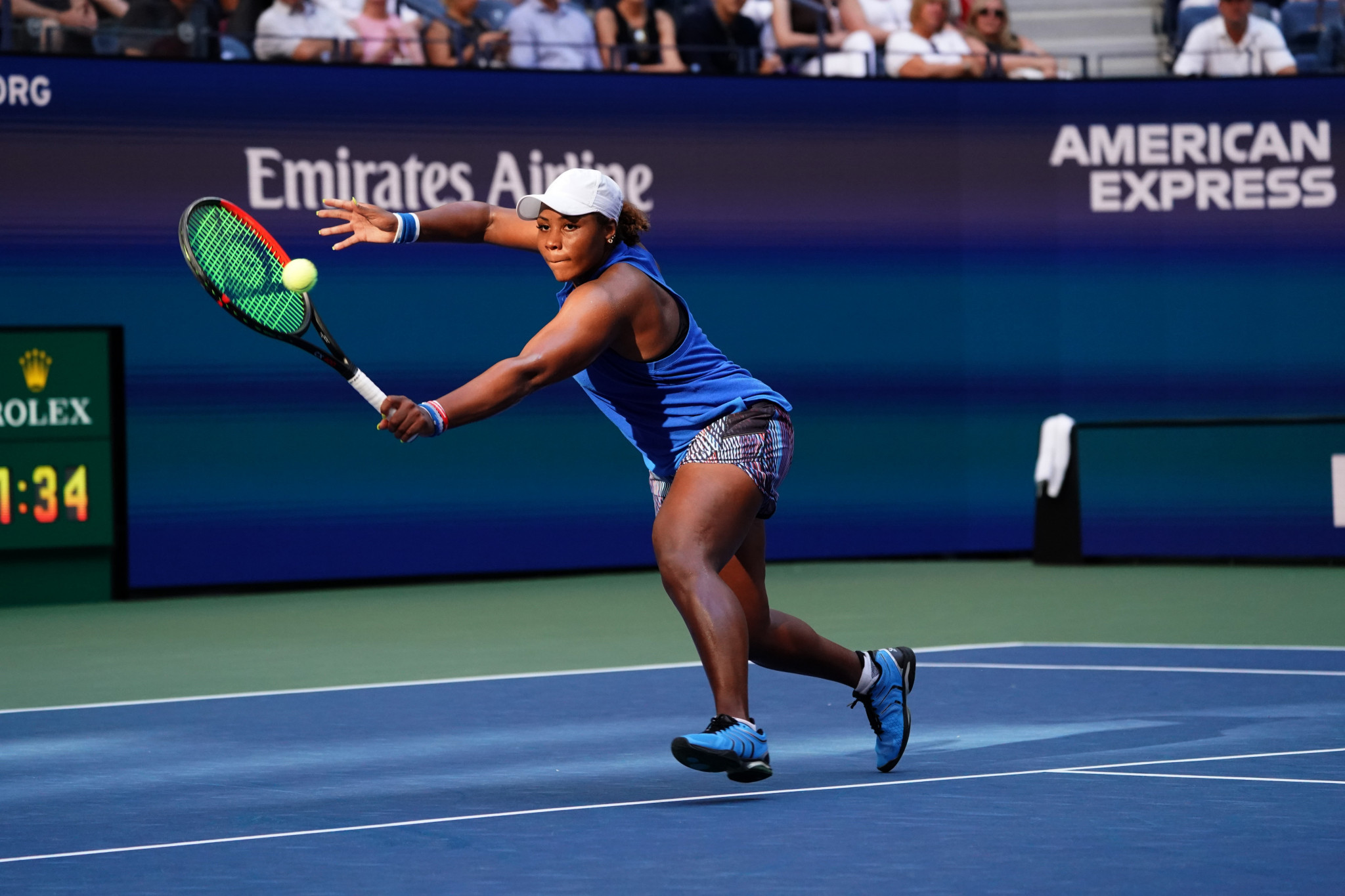 World number 116 Taylor Townsend of the United States stunned fourth seed and Wimbledon champion Simona Halep to reach the third round of the US Open.

Townsend fought back from losing the opening set to record a shock 2-6, 6-3, 7-6 win over the Romanian at Flushing Meadows in New York.

The 23-year-old will face Sorana Cîrstea in the the third round after the Romanian beat Spain's Aliona Bolsova 3-6, 6-4, 6-2.

"This means a lot," said Townsend.

"It's been a long journey.

"I had a match point against Kiki Bertens at Wimbledon and close matches this year and not managed to get over the hump.

"This match gives me so much confidence that I can do it.

"I said to myself this was an opportunity to go for it.

"There was nothing to lose."

American teenage star Coco Gauff continued her rise in prominence, booking a third-round place with a 6-2, 4-6, 6-4 victory over Tímea Babos of Hungary.

In the men's singles, Alexander Zverev of Germany battled to a five-set win against American Frances Tiafoe.

Spaniard Rafael Nadal, bidding for a fourth US Open title, reached round three after his opponent, Australian Thanasi Kokkinakis, withdrew with a shoulder injury.