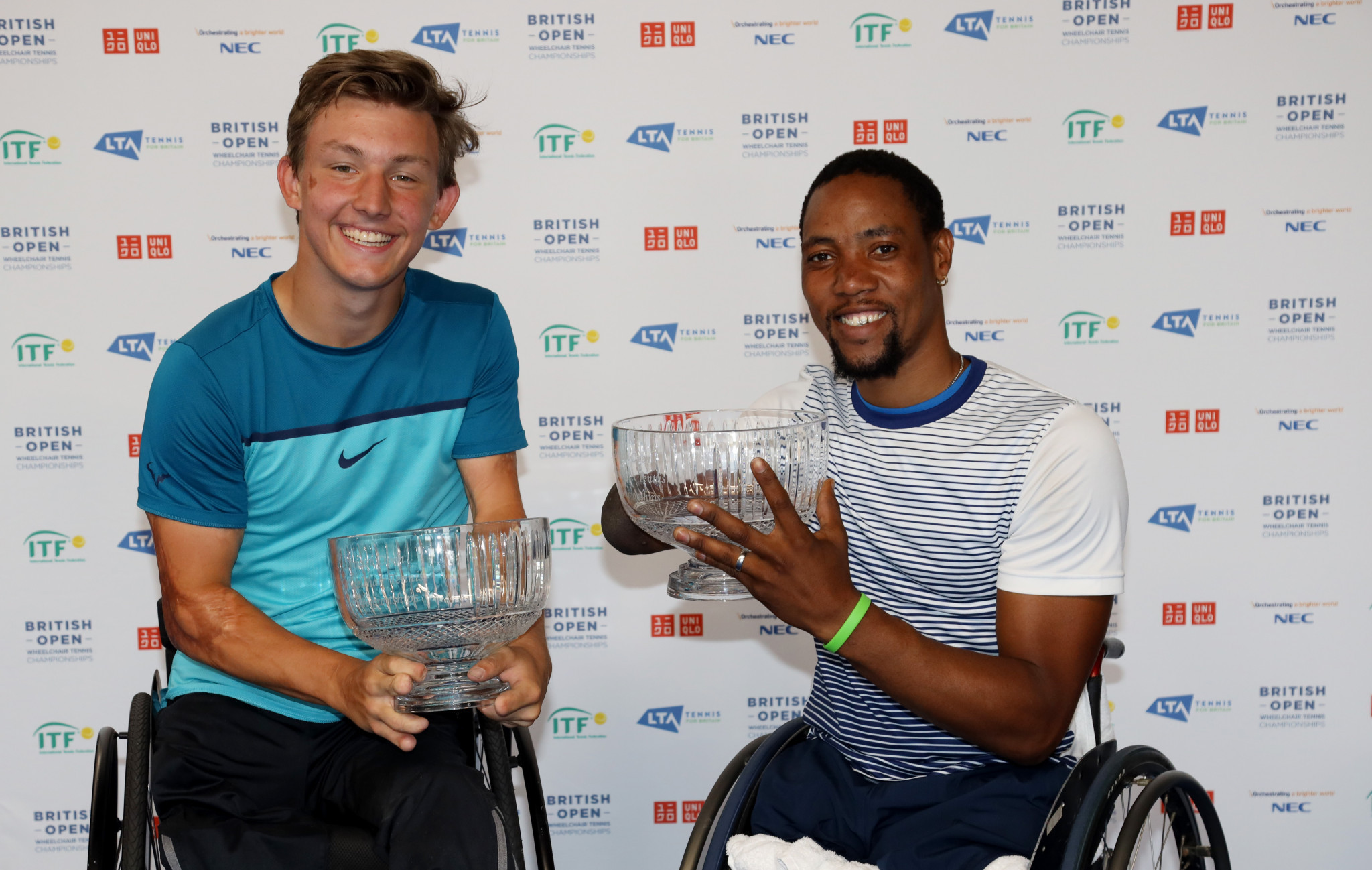 Dutch teenager Niels Vink completed the first part of a potential dual triumph in the quad events at the British Open Wheelchair Tennis Championships with victory in the doubles.

The 16-year-old and South African partner Lucas Sithole caused an upset at Nottingham Tennis Centre today after the action had been moved to indoor courts due to heavy rain.

Vink plays in the final of the quad singles tomorrow against Britain's Andy Lapthorne, having also beaten Sugeno in the semi-finals.

Elsewhere, there was disappointment for British duo Alfie Hewett and Gordon Reid as they lost the men's doubles final in three sets.

The third seeds were defeated by fourth-ranked Gustavo Fernández of Argentina and Japan's Shingo Kunieda 6-7, 6-1, 7-5.

In the women's doubles, top seeds Diede de Groot and Aniek van Koot eased to the title with a straight sets victory.

The mixed doubles was win by Dana Mathewson of the United States and Tom Egberink of the Netherlands, to complete a successful tournament in which they had defeated the top seeds, Britain's Lucy Shuker and France's Stéphane Houdet, in the opening round.

In an all-unseeded final, they won 6-1, 7-5 against French pair Charlotte Famin and Nicolas Peifer.