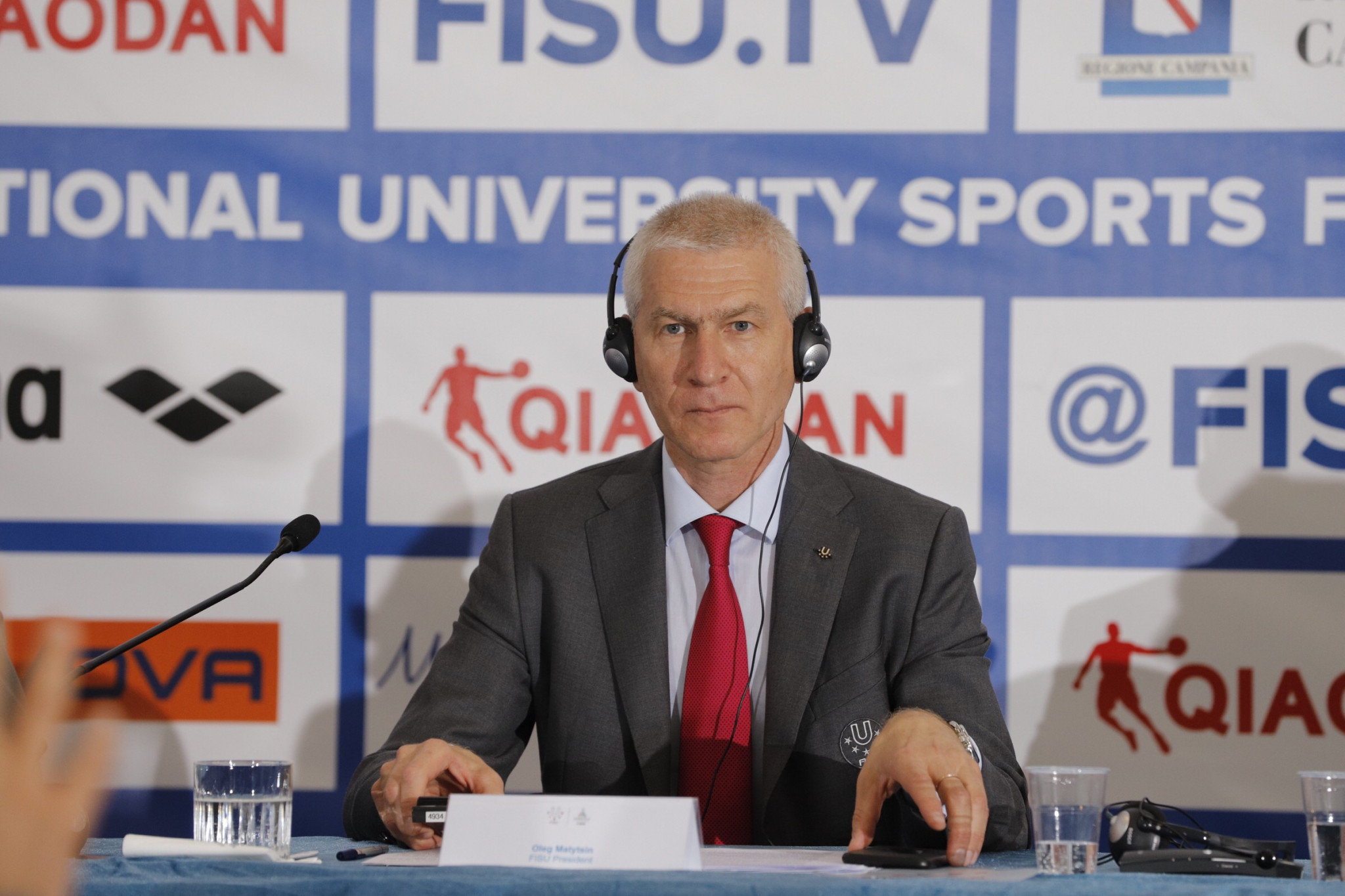 International University Sports Federation (FISU) President Oleg Matytsin has admitted here that the Naples 2019 Summer Universiade struggled with logistical issues but that it was a "unique" Universiade.

Matytsin reflected on the 12-day competition with the Closing Ceremony set to take place this evening at the San Paolo Stadium.

Overall, he appeared happy with the event that took Naples by storm, selling 300,000 tickets.

"A lot of people are happy about this event here," he said.

"And not only the sport but also the hospitality of the Italian people, they have demonstrated openness.

"Really, the motto 'To Be Unique' works, I believe.

"I can’t really say, as we normally say at the end, that this has been the best of the best Universiade.

"But again, it was a unique Universiade, we never want a Universiade to copy another one.

"We have had a great event with a good legacy, especially with the venues.

"We are very satisfied, not just as FISU, but also as the international sporting community."

Naples 2019 had less time to prepare for the Universiade than normal, having stepped up to stage the competition only in May 2016 after original hosts Brasilia withdrew due to financial concerns in 2014.

FISU issued Naples 2019 a warning back in March after fundamental details regarding the event were still lacking, but the Organising Committee managed to speed up preparations over the past few months.

Despite this, logistical issues regarding transport and security marred the competition during the opening days.

Matytsin put this down to lack of experience and time.

"The people in Naples didn’t have experience in organising multi-sport events," he said.

"Of course, we from FISU have experience and we work very hard with the people from the Organising Committee.

"We built the team for the Organising Committee a little bit later, however, so we didn’t have the time to educate people and create a real network of workers.

"We had a problem in the first few days with transportation, but that happens at every big event."

"It is a question of timing.

"It was not the professionalism of the drivers or the management, they just needed time to organise and understand the logistics of the transport.

"Security - they didn’t check, they didn’t understand what kind of operational work should be done if something happened.

"After two or three days, these problems were sorted.

"We had the venues, we had a lot of spectators and the athletes and officials were satisfied with the level of organisation," he continued.

"They were not complaining about any big problem."

Despite the teething issues, Matytsin claimed he enjoyed his time here and the Italian spirit.

"Here they believe that life is unique and each day is valued," he said.

"I believe everyone will remember the sport of course, but also the atmosphere and the energy."

Tonight's Closing Ceremony is expected to be a sell-out, with 35,000 tickets snapped up.