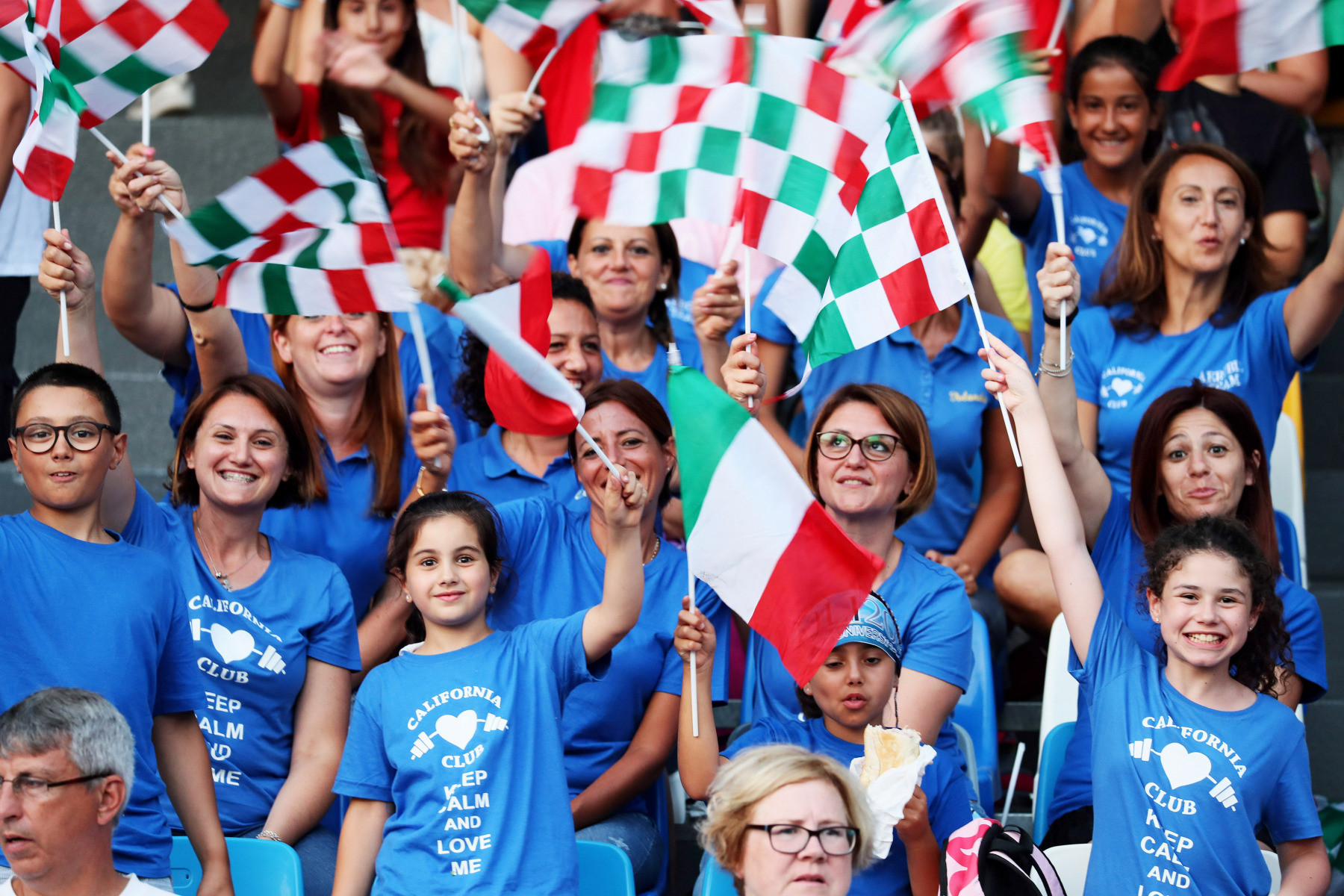 Ticket sales for the Summer Universiade's Closing Ceremony are expected to hit 20,000 by the end of today despite a late venue change.

Piazza del Plebiscito in Naples had been announced as the venue back in June but the Naples 2019 Organising Committee switched the Universiade's finale to San Paolo Stadium for "reasons of public order and to guarantee a greater and orderly turnout".

“We were informed in the past week that for several reasons, including logistics, the venue had been switched,” said Eduardo De Bury, head of ticketing at Naples 2019.

“There was free admission so we didn’t have to change any tickets but we had been on standby for a potential switch.

“Our tickets went on sale on Saturday and we had sold 8,500 tickets in just six hours.

Neapolitan rapper Clementino and Sanremo Festival winner Mahmood are set to star in the Closing Ceremony.

Sanremo Festival is Italy's most popular song contest and inspired the creation of the Eurovision Song Contest.

De Bury said ticket sales across the Universiade had surpassed expectation as the 100,000-spectator mark was passed after just four days of competition.

He said: "We are definitely happy and the sales have been better than expected.

"We had a slow start for sales on the first day and we believe that the locals wanted to understand what the Universiade was before purchasing tickets.

"We had almost 35,000 people at the Opening Ceremony and people were able to understand and realise what it was all about.

“The message the President (FISU President Oleg Matytsin) gave to the people hit home and there was a boom afterwards that has seen most venues sell out.”

Piscina Scandone and PalaVesuvius Hall, venues for swimming and gymnastics have seen capacity crowds through the week while de Bury said volleyball and basketball tournaments are getting more popular each day.

He added: "The rhythmic gymnastics and basketball will pull big crowds and the statistics suggest we will break 200,000 spectators by the end of competition."