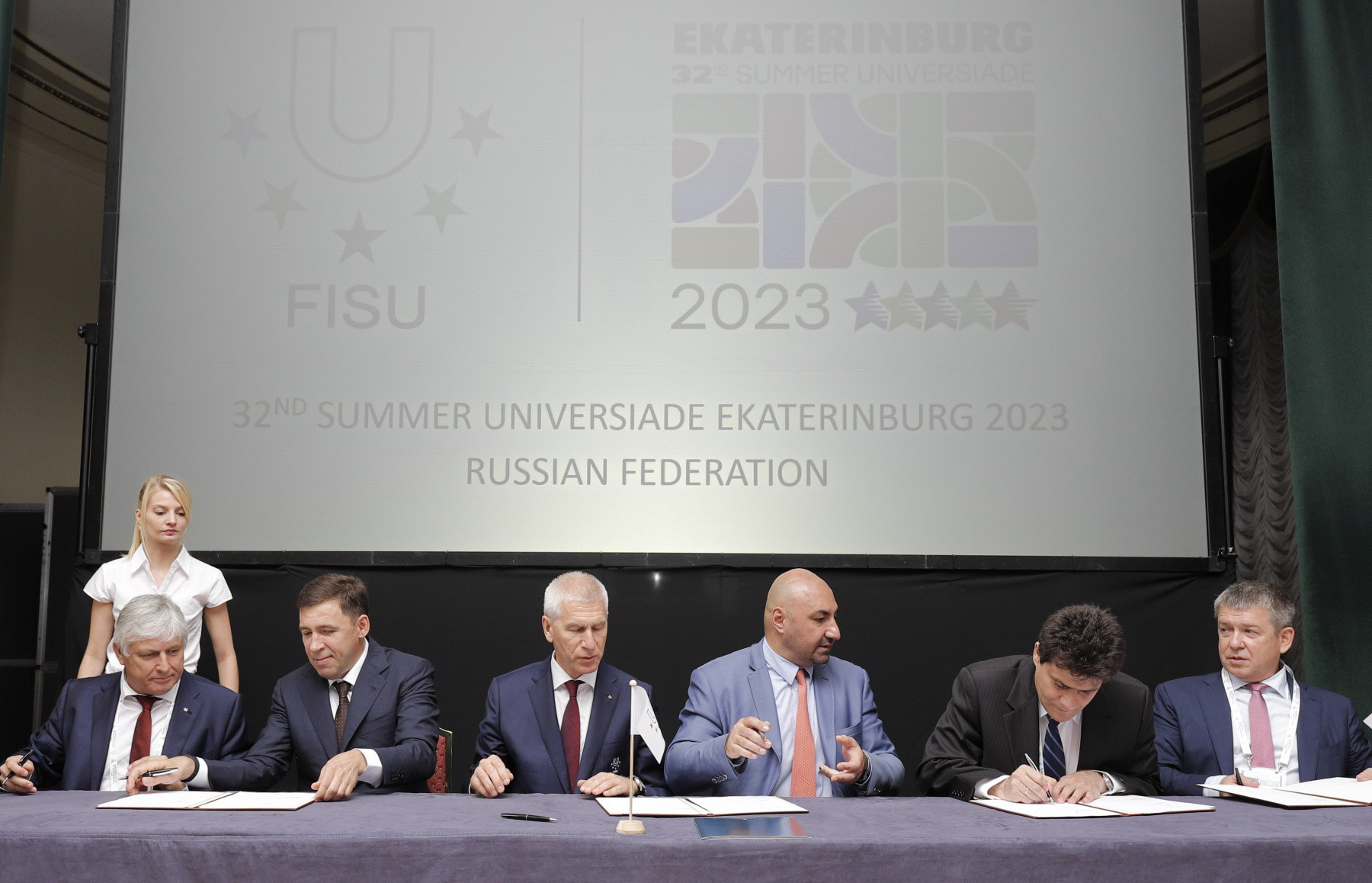 Russian city Yekaterinburg has been awarded the 2023 Summer Universiade after the delegation presented a detailed bid to the International University Sports Federation (FISU) Executive Committee here.

The Yekaterinburg 2023 delegation revealed more details regarding their bid as they signed the attribution contract alongside FISU President Oleg Matytsin.

The Executive Committee had awarded Yekaterinburg the bid following a unanimous vote, with all 23 members voting in favour.

Alexander Chernov, director general of the Yekaterinburg bid, announced that the total budget is expected to be €1.1billion (£9.8million/$10.2million).

The operations figure had initially been forecast at €117 million (£104 million/$132 million), but has since risen.

A total of 28 venues will be used in total, with 20 already constructed, it is claimed.

A new volleyball venue will be built, as will facilities for tennis, judo, gymnastics and aquatics.

The aquatics venue will be the only one purposefully built for the Universiade, with the remaining venues set to be constructed regardless.

The Athletes' Village will house 11,500 people and divided into a residential zone, international zone and operational zone.

The engineering stage has already begun and construction is scheduled to begin by the end of this year.

Test events will take place at the Village in the run-up to the Universiade in 2023.

Competition is scheduled to take place from August 8 to 19.

FISU's 15 compulsory sports will feature, with sambo, boxing and rugby sevens added to the programme.

In total, there will be 248 medal events.

The legacy of the 2018 FIFA World Cup in Russia is set to continue through the International Broadcast Centre and Press Centre at the Central Stadium of Yekaterinburg.

These were used during the World Cup matches at the stadium and will to be used again for the Universiade.

A unique cultural concept was also proposed for the event, with Yekaterinburg planning to invite each team to bring a young artist that reflects their country's national culture and tradition.

The best artists will be decided by an international jury and given a spot in the Closing Ceremony.

In addition, cultural festivals celebrating each continent represented at the competition will be held across the 12 days of action.

The Universiade will also be used as a celebration to mark the 300th anniversary of the Russian city, located east of the Ural Mountains.

The formal notice of Yekaterinburg’s intention to bid had been received by Matytsin on the eve of the Winter Universiade in Krasnoyarsk in March.

As the only city to submit a bid they had been expected to be awarded the hosting rights.

Moscow had also staged the Universiade in 1973.

Yekaterinburg were awarded the 2023 event as the 2019 edition is scheduled to get under way here tomorrow.

The 2021 Summer Universiade is due to take place in Chengdu in China.