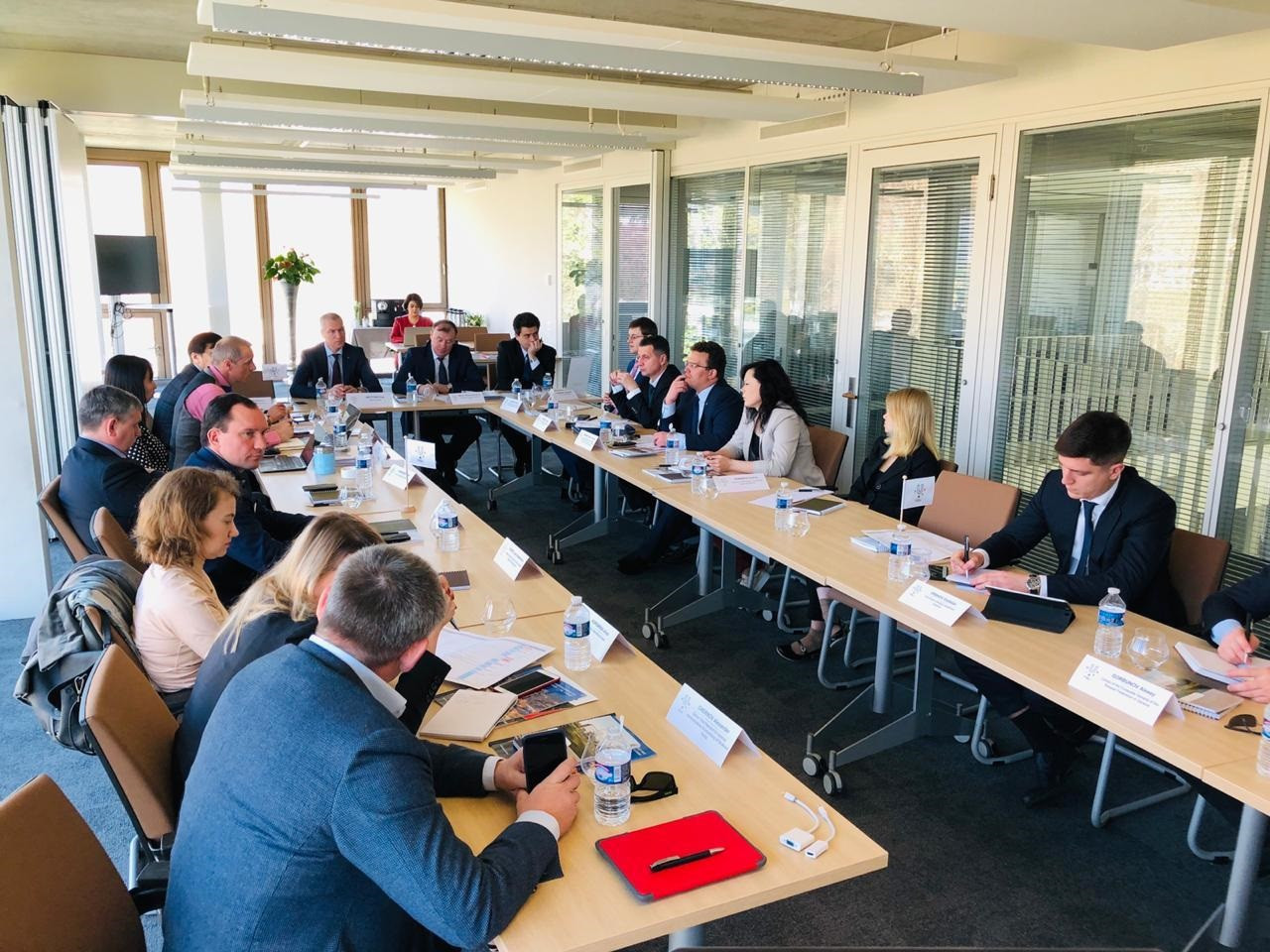 Yekaterinburg stepped up its bid to host the 2023 Summer Universiade when a delegation from the Russian city visited International University Sports Federation (FISU) headquarters in Lausanne, Switzerland.

The formal notice of Yekaterinburg’s intention to bid had been received by FISU President Oleg Matytsin on the eve of the Winter Universiade in Krasnoyarsk in March.

And the FISU executive committee has now discussed the proposal with a delegation led by Evgeny Kuyvashev, who is governor of the Sverdlovsk region.

Two days of talks outlined bidding procedures as well as presentation of the bidding concept.

The first deputy governor of the region, Alexey Orlov, discussed the infrastructure which exists in Yekaterinburg.

He explained the plan would be to use 19 venues, of which only six would require construction.

“We hope Yekaterinburg will receive the status of host city,” he said.

“In the past few years, we have held international competitions in many sports including volleyball, karate and basketball.”

Yekaterinburg is one of Russia’s largest cities and has a population of more than 1.5 million.

FISU were assured of maximum support from the Russian Federal Government at the highest level, with guarantees to be signed by Prime Minister Dmitry Medvedev.

“Cooperation with the International University Sports Federation and presenting our application to host the Summer Universiade is a great honour for us,” said Kuyvashev.

“The Sverdlovsk region is one of the most sports-friendly regions in Russia. Annually, we host more than 30 large-scale international competitions.

“I hope our efforts and preparedness to host the Universiade at the highest level will be appreciated.

“This bid is very important to us as this Universiade will benefit us in many ways.

“Most importantly, the students that participate this event will be future leaders of society and business.

“It’s not just about sport but a way for us to promote the region of Yekaterinburg as well.”

The delegation which visited Lausanne included head of Yekaterinburg Alexander Vysokinsky and the Minister of Physical Culture and Sports of Sverdlovsk region Leonid Rapoport.

“This was a very positive interaction between the highest representatives from the Sverdlovsk region and the FISU leadership,” said Matytsin.

“We have seen before in Kazan and Krasnoyarsk, the level of organisation and execution we can expect from Russia.

“I wish our friends from Yekaterinburg all the best in this process and pledge our full support to them.”

FISU’s executive committee will make its decision on a host in July, just before the Napoli 2019 Summer Universiade.