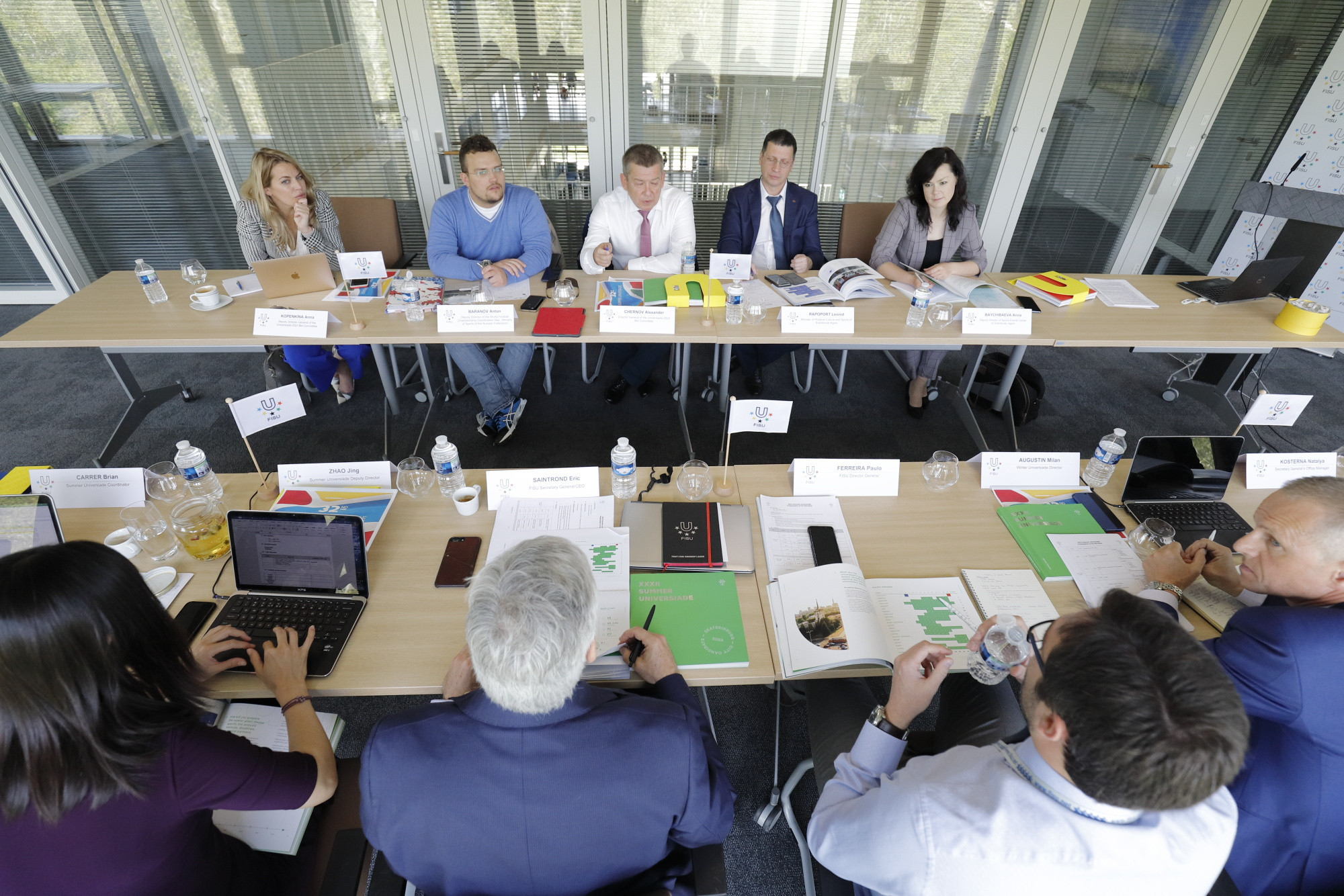 A delegation from the Russian city of Yekaterinburg visited the International University Sports Federation (FISU) headquarters in Lausanne to present its bid to host the Summer Universiade in 2023.

Yekaterinburg formally submitted its bid to host the event in March and has now produced its bidding dossier.

It includes details of the proposed training and competition venues, calendar and schedules, the Universiade Village and other infrastructural schemes.

It has been proposed the Universiade Village will be located in the western part of the city, on the banks of the Verkh-Isetsky Pond.

After the Universiade, the Village would become accommodation for Ural University students.

Sixty-seven percent of proposed venues are already constructed, such as Yekaterinburg Arena, the home ground of Russian Premier League football club FC Ural Yekaterinburg and one of the 12 venues used for the 2018 FIFA World Cup.

Russia's President Vladimir Putin has endorsed the plans, providing the opening comment for the dossier.

“In just a few weeks the Yekaterinburg Bid Committee has been able to produce impressive documents in FISU’s three official languages, English, French and Russian,” he said.

“The dossier includes answers to the questions that had come up and will surely also be raised during the formal presentation to the Executive Committee in July in Naples.”

Following the formal presentation to the Executive Committee during the Naples 2019 Summer Universiade, FISU will then decide on the host for the 2023 edition.

As no rival bids have been submitted, it is expected that Yekaterinburg will be awarded the event.

Russia last held the Summer Univerisade in 2013, when Kazan welcomed the multi-sport competition.

Krasnoyarsk was the host of the Winter Universiade earlier this year.