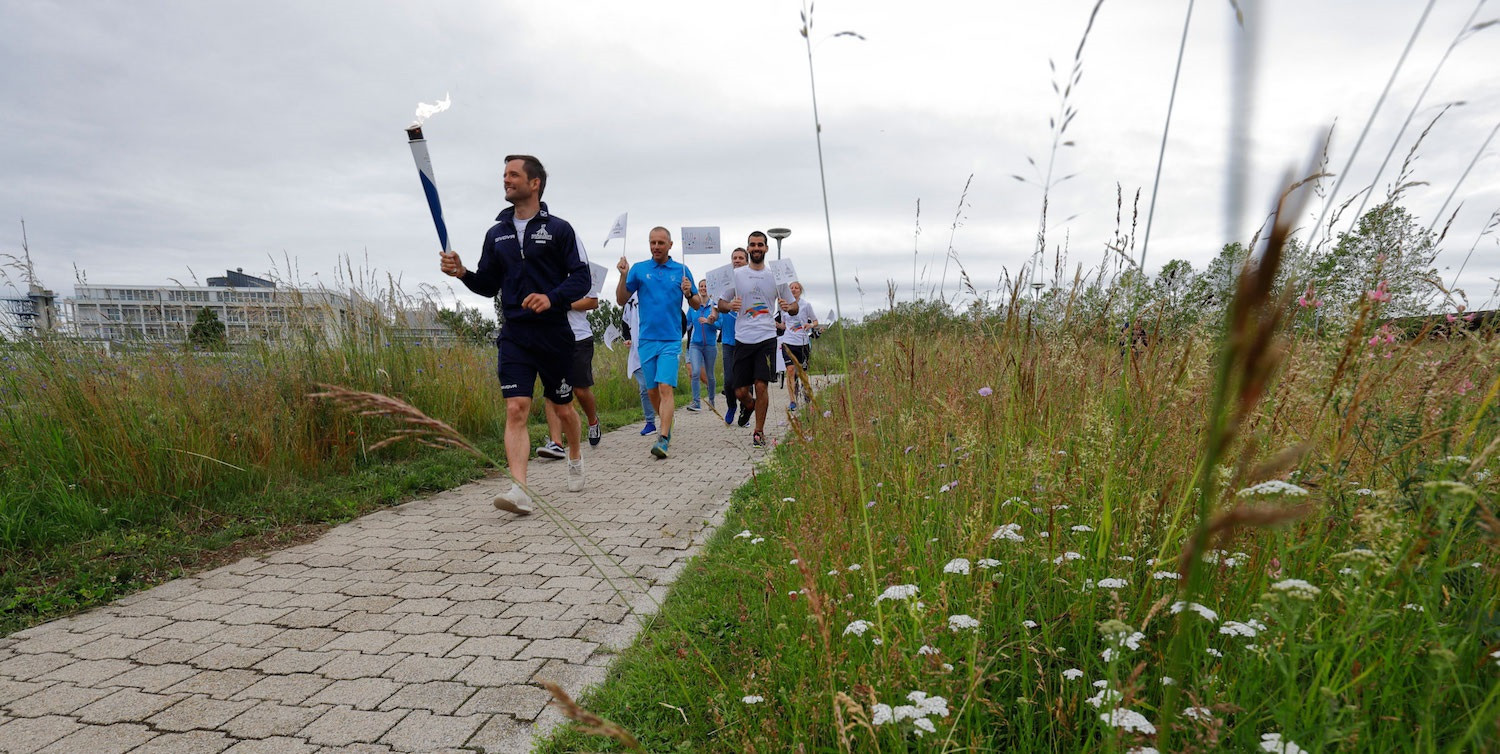 The Naples 2019 Summer Universiade Flame made its second stop today at International University Sports Federation (FISU) headquarters on the University of Lausanne campus.

After the start of the Torch Relay in Turin on Tuesday (June 4), the Flame for the 30th Summer Universiade brought students, sports persons and sports leaders to the home of university sport.

Honouring the roots of modern competitive sport, the lighting of the Flame took place in Jean Petitjean Hall at FISU headquarters, a place that highlights the efforts of the father of international university sport.

FISU secretary general and chief executive Eric Saintrond paid homage to Petitjean in his opening remarks and how he had organised the first "World Student Games" in Paris in 1923.

"As a professor in Paris he instilled inside his university sports club a mission to make the world a better place through sport," Saintrond said.

"The club he founded went on to organise the World University Sports Championship, which brought together student athletes from the eastern and western blocks of the world for the first time since World War Two, which was and is still today a great sporting moment.

"Tomorrow, this Torch will carry the Flame to Milan en route to Naples to bring together sports, culture and fun.

"I’m talking about fun because that’s really something that makes university sports so special and sets it apart."

"Italy and the whole Campania region are seeing a period of great international interest and relevance as students from 129 countries are coming to Napoli to celebrate this unique event, whose main themes are integration and unity," Voto said.

"This is a very unique and exciting moment."

After the Universiade lantern lit the Torch, Swiss sailor and University of Lausanne graduate Fiona Testuz was the first to hoist the Flame above the grounds of her alma mater.

The moment carried special meaning for the former light welterweight champion of the world.

"It’s such an honour for me to carry this Torch, because, since the ancient Greek times, this Torch is the symbol of peace," Oliva said.

"Since the start, messengers were going into all the cities of Greece to announce the start of the Games, a time when all the wars would stop so that the Games could begin."

From Lausanne, the Flame will make its way to Milan next Monday (June 10).

The Torch Relay stop in Lausanne was preceded by the lighting of the Flame from the Universiade cauldron in Turin, marking the start of a 29-day, two-country tour.

The Relay will culminate at San Paolo Stadium on July 2 for the Opening Ceremony the next day.

The venue has been refurbished and will also host Naples 2019 athletics events.