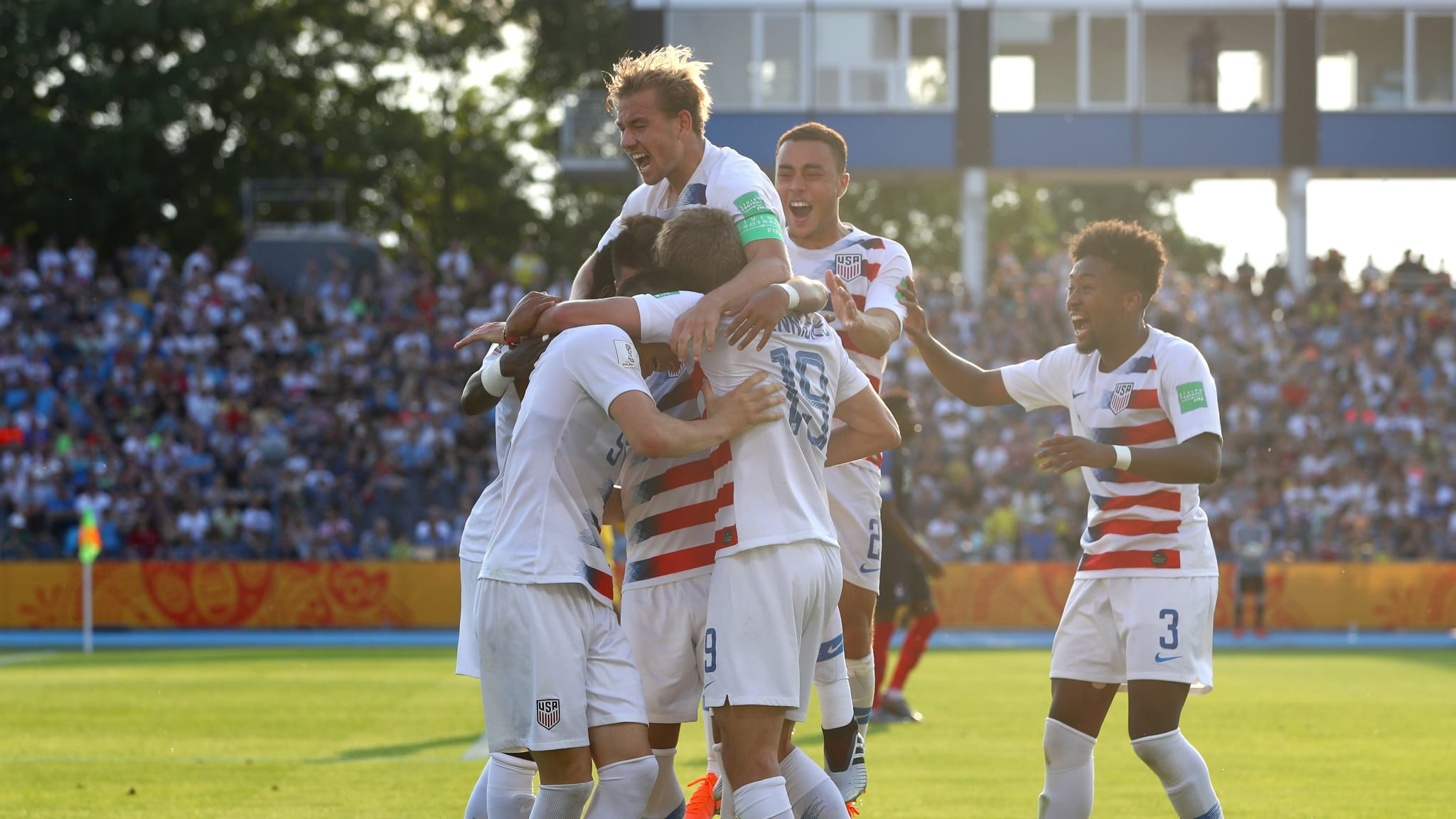 United States shocked France 3-2 in a breathtaking match in boiling Bydgoszcz to reach the FIFA Under-20 World Cup quarter-finals.

Sebastian Soto opened the scoring shortly before a cooling break where the players had to take on water, running onto Richard Ledezma's pass and curling past Alban Lafont at the Zdzisław Krzyszkowiak Stadium.

It sparked France into life and they equalised when Amine Gouiri sprinted onto Moussa Diaby's through ball and fired past Brady Scott.

France looked to be on their way to the last eight in the second-half when Nabil Alioui tapped in the rebound after Diaby hit the post,

Soto, however, bagged his second with a cool finish after Paris Saint-Germain starlet Timothy Weah played a beautiful pass with the outside of his boot.

US scored the winner in the 83rd minute when Justin Rennicks scored after Lafont spilled a shot.

They are now due to play Ecuador in Gdynia on Saturday (June 8).

South Korea are also through to the quarter-finals in Poland after a 1-0 win over East Asian rivals Japan at the Lublin Stadium.

After a first-half devoid of clear chances, Japan thought they were ahead five minutes after the break when Yuta Goke netted a close-range volley, but the video assistant referee ruled Taisei Miyashiro was offside in the build-up.

Japan dominated the second half and in the 78th minute Miyashiro hit the post - but it was Korea, who reached the knockouts thanks to a shock win over Argentina, who scored the winner.

With six minutes to go, Oh Sehun headed in at the far post from Kim Jusung's chipped cross to break Japanese hearts.

South Korea are now due face Senegal in Bielsko-Biala in the late kick off on Saturday.

The evening match, the final round of 16 match, went to penalties between Argentina and Mali after a 2-2 draw, with the African side progressing 5-4 in the shoot-out at the Bielsko-Biała Stadium.

Adolfo Gaich opened the scoring for Argentina on 49 minutes, however, centre back Abdoulaye Diaby equalised to force extra time.

Diaby appeared to have gone from hero to villain when he turned the ball into his own net in the first minute of extra-time, only in the 121st minute for Boubacar Konte to dramatically force a shoot-out.

Thomas Chancalay had his spot kick saved by keeper Youssouf Koita as the Mali scored all five of their efforts to go through.

Mali are now set to play Italy in their quarter-final in Tychy on Saturday.