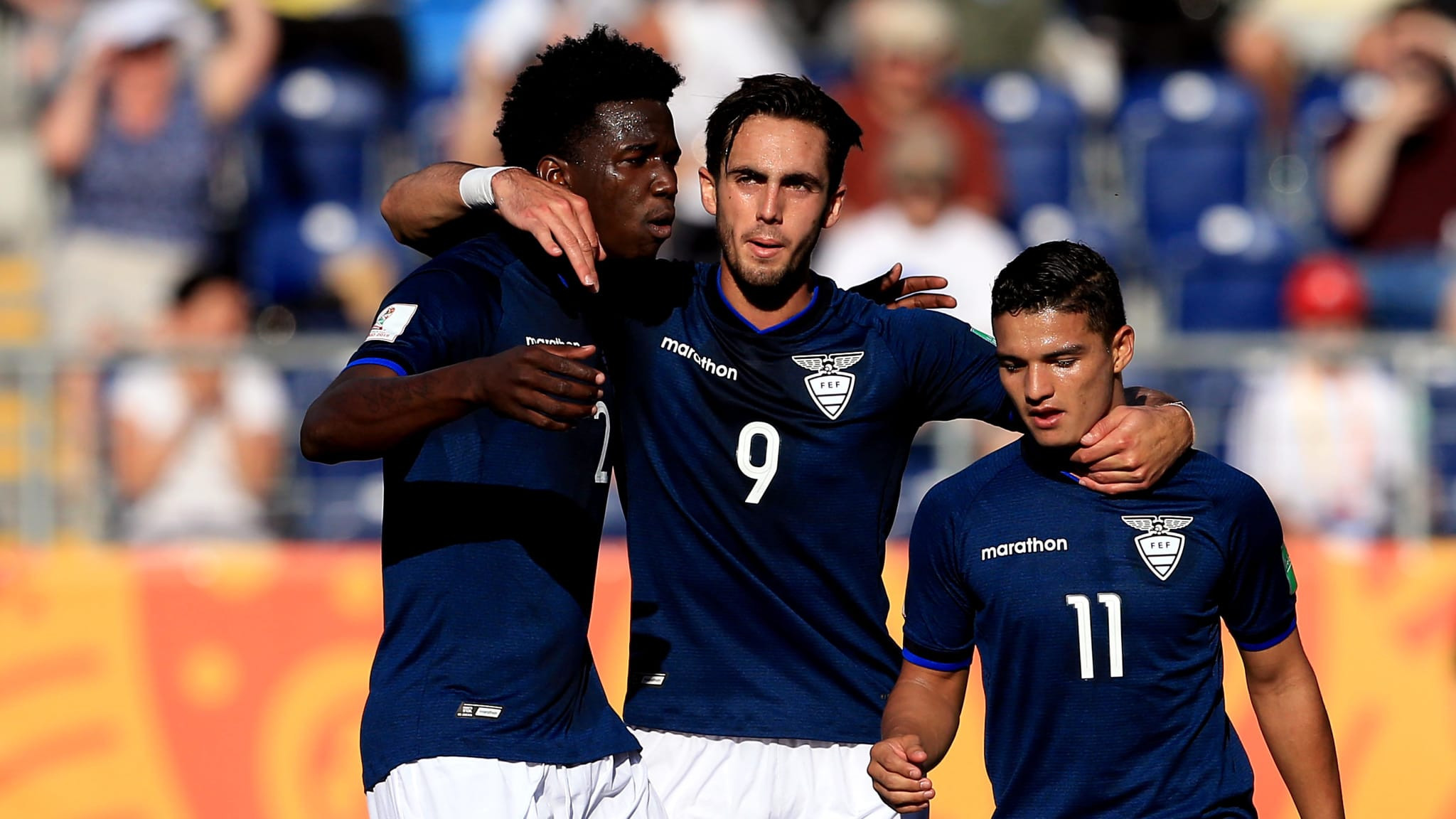 South American champions Ecuador remain in the hunt for the global title after beating Uruguay 3-1 in the FIFA Under-20 World Cup quarter-finals.

Ecuador lost twice to the Uruguayans on route to becoming continental champions earlier this year, and another loss appeared possible when Ronald Araujo opened the scoring at the Arena Lublin.

Alexander Alvarado pulled Ecuador level with a calm penalty down the middle after being fouled in the Uruguay area by Ezequiel Busquets.

An entertaining second-half followed with chances for both sides, but it was Ecuador who broke through in the 75th minute,

Ecuador secured the game in the final moments via their second penalty, Gonzalo Plata converting after Bruno Mendez handled, and they will play either France or United States in Gdynia next up.

Ukraine are also through to the last eight in neighbouring Poland after a comfortable 4-1 victory over Panama at Tychy City Stadium.

The Europeans were 3-0 up by half time, Yukhym Konoplia opening the scoring in the 23rd minute.

Denys Popov scored his third goal of the tournament with a 41st-minute header, before Konoplia's one-touch finish in first-half injury time but the Ukrainians firmly in command.

Ernesto Walker scored from close range five minutes after the break to give the Central American nation some hope before Serhii Buletsa netted in the 83rd minute to ensure Panama's best ever Under-20 World Cup run ends at the last 16 stage.

Ukraine - who are in their first ever Under-20 World Cup quarter-final - are set to face Colombia next.

The late game saw Senegal win the battle of West Africa as they defeated Nigeria 2-1 at Lodz Stadium.

There were three minutes of first-half added time following an injury to Nigeria's Maxwell Effiom, and Senegal took advantage when Ibrahima Niane tapped in a cross from close range at the very end of the extended period.

Nigeria pulled one back early in the second-half when Aniekeme Okon deflected in team mate Success Makanjuola's free-kick but they could not find an equaliser.

Senegal are now due to play either Japan or South Korea in the quarter final on June 8.