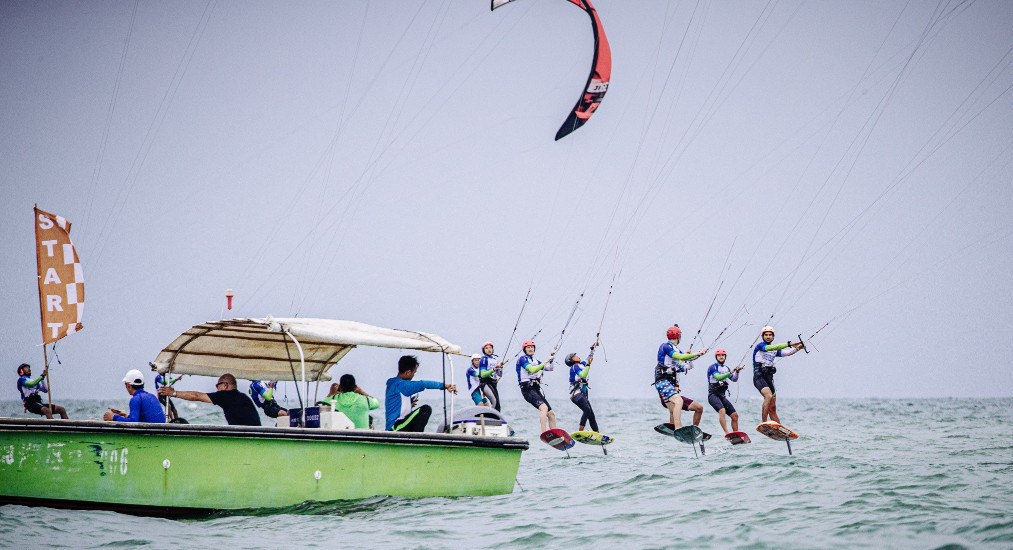 China's Jingle Chen suffered a frustrating day on home water at the Formula Kite Asian Championships to lose the women's lead in Beihai.

The 18-year-old had been in outstanding form yesterday, winning five races and finishing second once to storm to the top of the leaderboard.

But with only two races possible today due to low wind levels, the teenager failed to start the first and did not finish the second.

It has been a see-saw event for Chen who also did not finish either of the two races held on day one.

With all racers discarding their two poorest performances, two of Chen's failures – which are worth 10 points each – now count towards her score.

It has seen her slide to third on a total of 27 points after she started the day on just seven.

Poland's 14-year-old Magdalena Woyciechowska was the beneficiary as she won both races and now leads the fleet on 14 points.

Her team-mate Julia Damasiewicz, who is also just 14, is second overall on 26.

In the men's event, Russia's Denis Taradin maintained his imperious form with another pair of race victories.

He has now won on eight out of the 10 trips to the water, discarding his finishes of ninth and fourth and leading the way with eight points.

Only his race victories are currently counting towards his score.

Mario Calbucci of Italy is second on 18 points with Ejder Ginyol of Turkey third on 21.

Three more days of competition are scheduled in Beihai.