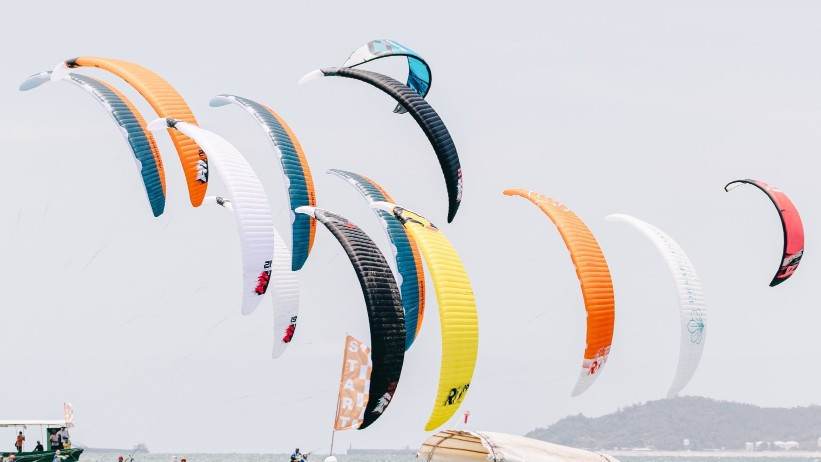 Russia's Denis Taradin won four of the five races held in the men's fleet on day two of the Formula Kite Asian Championships to storm to the top of the rankings as China's home hope Jingle Chen starred in the women's event.

Taradin was considered the favourite before the start of racing in Beihai but was fourth overall after day one.

Only three races were possible due to a lack of wind and although the Russian won two of them, he also recorded a ninth-place finish.

With eight races now completed, however, the two poorest performances racers have recorded have been removed from the leaderboard.

That means Taradin's ninth from yesterday, and a fourth-place finish today, do not count and only his six race wins are being considered.

It means he leads the overall standings on six points.

Italy's Mario Calbucci was the only other men's race winner today and is second behind Taradin on 13, discarding finishes of fourth and fifth.

Overnight leader Ejder Ginyol of Turkey has dropped to third on 16 points.

In the women's fleet, six races were held after only two were possible yesterday and Chen dominated on home water.

She collected five race wins and one second place to top the pile on seven points, discarding her two performances from yesterday when she failed to finish either race to score 20.

Several racers faced retirement yesterday after failing to properly complete the course but Chen put that behind her today with her superb display.

However, the discard rule means any further mistakes will lead to her retirements counting towards her score.

Poland's Magdalena Woyciechowska was the day's other race winner and sits second on 12 points, discarding a fourth-place finish and a retirement.

Her compatriot Julia Damasiewicz is third on a tally of 14, with day one leader Benyapa Jantawan of Thailand sliding to fifth on 24 points after retiring once and finishing no better than fourth today.

Four more days of action are planned in Beihai with the event following the World Championships at Lake Garda in Italy earlier this month.

The competition is offering places for the inaugural Association of National Olympic Committees World Beach Games in San Diego in October, and is the last opportunity to qualify.

The sport will also make its full Olympic debut at Paris 2024 after its selection by World Sailing.