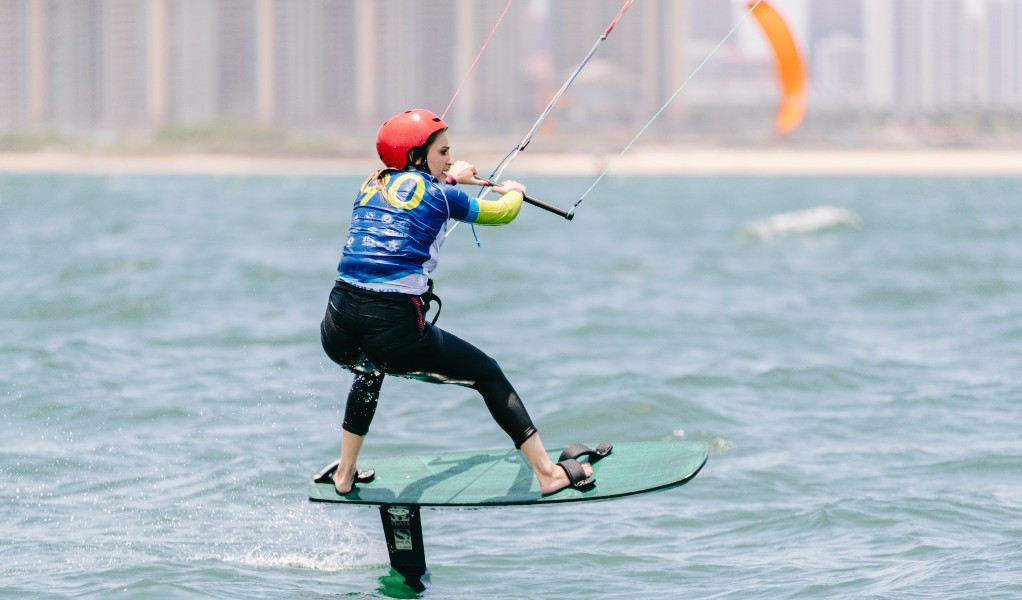 Turkey's Ejder Ginyol finished second in all three races held today at the Formula Kite Asian Championships to top the overall standings in the men's fleet in Beihai.

Ginyol's efforts in the Chinese city gave him a total of six points with non-Asian competitors allowed to compete.

Four men's races were scheduled today but only three were possible due to a lack of wind.

Mario Calbucci of Italy won the first race and was then fourth and third to sit second overall with eight points.

Russian Denis Taradin, considered the favourite before the event, was only ninth first up but won races two and three to place himself fourth with a tally of 11.

New Zealand's Sam Bullock, who was third, third and fourth, has 10 points in third place.

In the women's fleet, only two races were held as the wind frustrated.

Thailand's Benyapa Jantawan improved on her opening fifth place by winning race two and tops the charts with six points.

No more racing today, the wind remained below the minimum. Skippersmeeting tomorrow at 10 for 11 warning signal

Poland's 14-year-old Julia Damasiewicz won the first race but then retired from race two which meant a score of 10.

She is third overall on 11 with Turkey's Bilge Ozturk the closest challenger to Jantawan after her fourth and second place results.

That means she has the same number of points as the Thai but Jantawan's race win sees her out in front.

Three other racers also retired from the second trip to the water after they all failed to sail the proper course.

Six days of action are planned in Beihai with the event following the World Championships at Lake Garda in Italy earlier this month.

The competition is offering places for the inaugural Association of National Olympic Committees World Beach Games in San Diego in October, and is the last opportunity to qualify.

Formula Kite will also make its full Olympic debut at Paris 2024 after its selection by World Sailing.

The Olympic regatta, which will be held in Marseille, will use a mixed relay format which is due to be tested in Beihai.