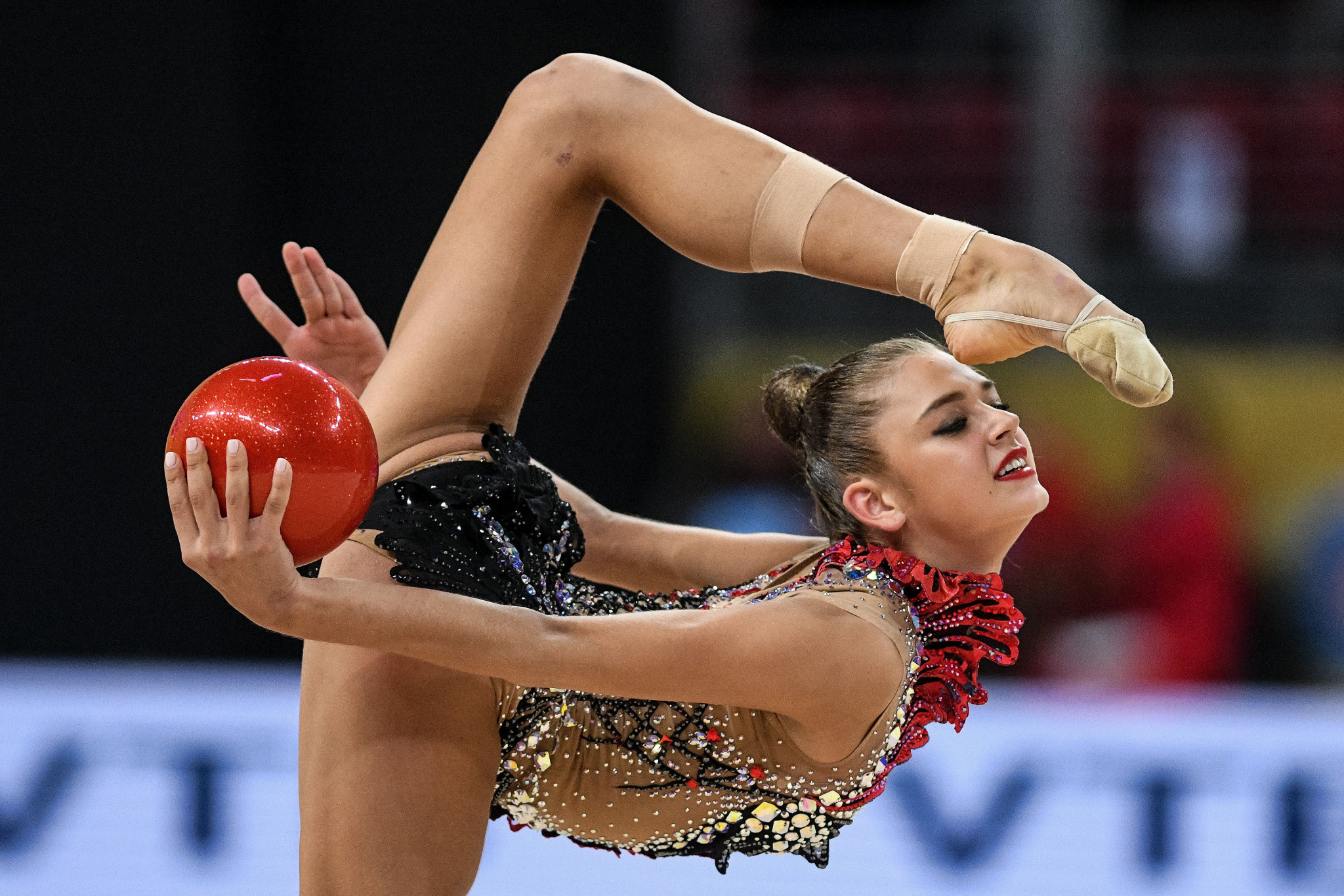 Russia’s Alexandra Soldatova followed up her victory in yesterday’s all-around competition by winning all four individual apparatus titles at the Rhythmic Gymnastics World Challenge Cup in Guadalajara in Spain.

In the hoop, the four-time world champion scored 21.750 points to triumph by a margin of 0.700 over Ukraine’s Khrystyna Pohranychna.

There was also success for Soldatova in the ball, clubs and ribbon at Palacio Multiusos de Guadalajara.

In the ball, she managed 21.550 points with Ukraine’s Yeva Meleshchvk second on 19.350 and Italy’s Alexandra Agiurgiuculese third on 19.200.

Agiurgiuculese was second in the clubs with 20.500 points and was followed in the standings by Selezneva with 20.200.

Positions were reversed in the ribbon with Selezneva the runner-up on 18.200 points and Agiurgiuculese third on 18.150.

Russia came out on top in the group balls with 25.850 points but had to settle for second in group hoops and clubs behind Bulgaria, who prevailed with 25.300 to their nearest challengers’ 25.200.

Italy were the group balls silver medallists with 25.000 points, while Bulgaria took bronze with 22.950.

Rounding off the group hoops and clubs podium were Italy with 24.950 points.

The next leg of the Rhythmic Gymnastics World Challenge Cup is due to take place in Belarus’ capital Minsk from August 16 to 18.