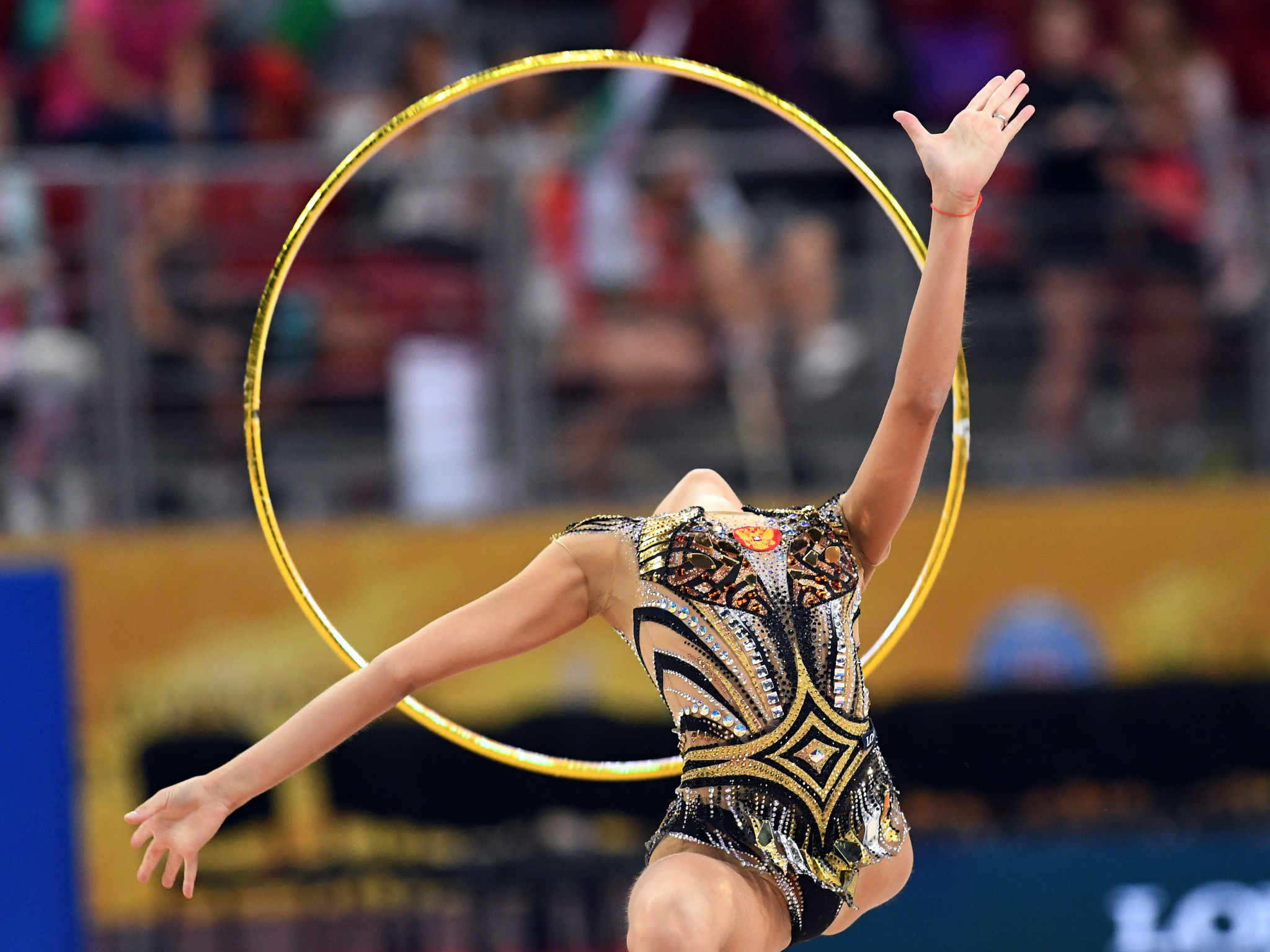 The reigning all-around champion had been expected to star at Milli Gimnastika Arena in Azerbaijan’s capital city.

Averina lived up to expectations as she scored 22.6 points to qualify in first place for the hoop final.

The 20-year-old, who has won eight world titles in the past two years, finished clear of Katrin Taseva.

The Bulgarian gymnast qualified second after achieving a score of 20.15 points.

Ukraine’s Vlada Nikolchenko rounded off the top three with 20.05.

Nikolchenko would top the standings with a score of 19.9 points.

Israel’s Nicol Zelikman was narrowly behind the 16-year-old, as she was awarded 19.9 points by the judges.

Qualification will continue tomorrow in Baku, with only the top eight gymnasts in each event reaching the final.

All finals will be held on Sunday (April 28).

More than 200 gymnasts from 39 countries are participating at the event, which is taking place in Azerbaijan’s national gymnastics centre.