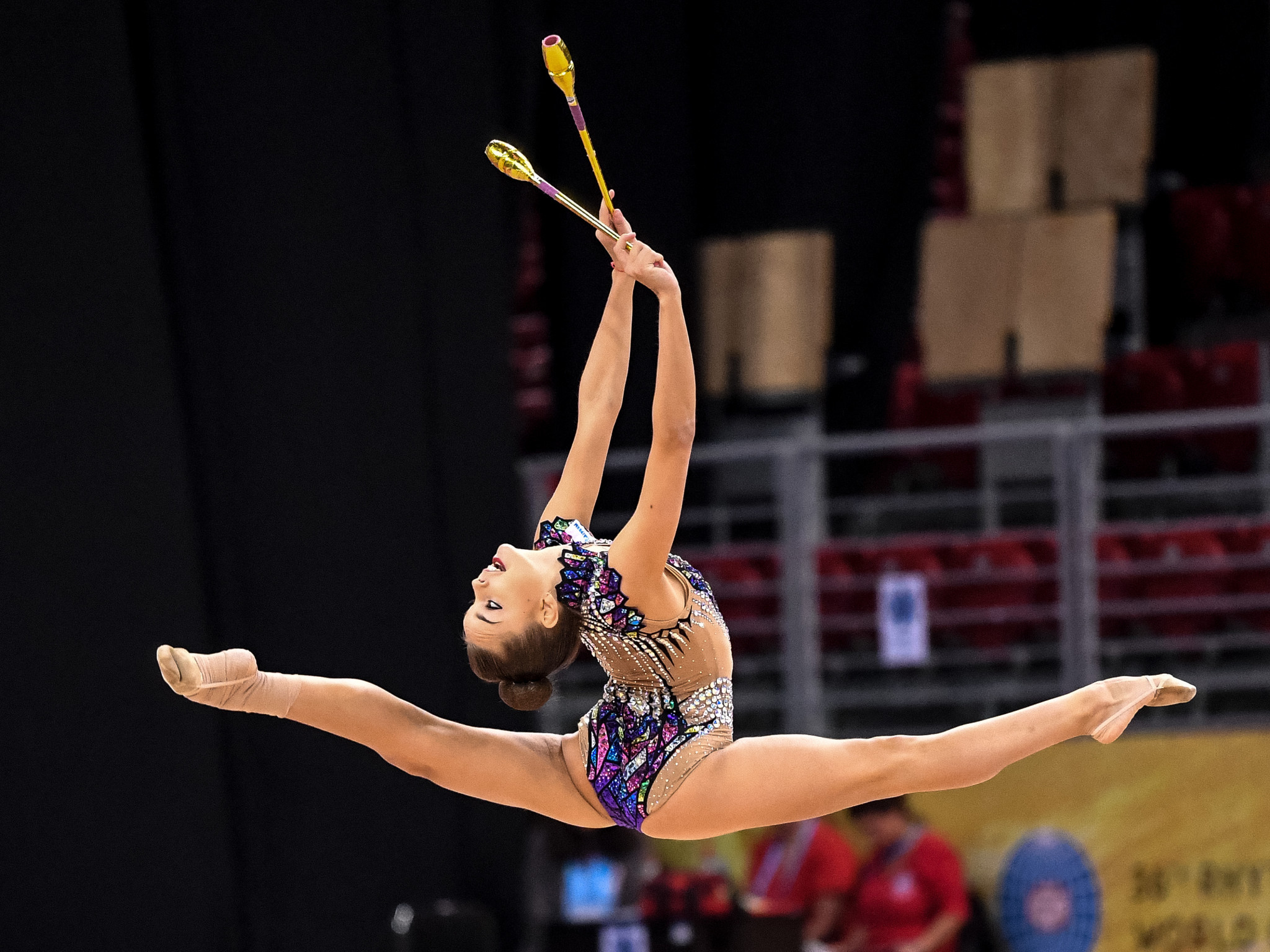 World champion Dina Averina clinched the all-around title as the Russian continued to impress at the Rhythmic Gymnastics World Cup in Baku.

The Russian had topped the standings in individual hoop qualification yesterday at Milli Gimnastika Arena in Azerbaijan’s capital city.

She began the second day by achieving the highest score in the clubs, with her routine awarded 21.65 points by the judges.

Belarus’ Anastasiia Salos and Ukraine’s Vlada Nikolchenko rounded off the top three, having scored 20.05 and 19.60, respectively.

The result helped Averina clinch her second all-around title of the season, having triumphed at the opening event in Pesaro.

Her sister Arina Averina ended as the silver medallist, aided by fourth-place finishes in the clubs and ribbon disciplines today.

Ukraine’s Nikolchenko, who top-scored in the ball event yesterday, rounded off the podium positions.

All individual finals will take place at Azerbaijan’s national gymnastics centre on the final day.

More than 200 gymnasts from 39 countries are participating.