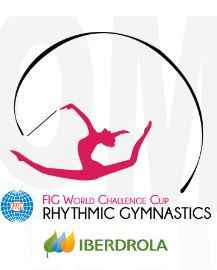 This International Gymnastics Federation (FIG) event will feature individual competition for the all-around title tomorrow and on Saturday, with apparatus finals on Sunday.

Russia, winners of two of the three all-around World Cup titles contested this season – in Pesaro, Italy and Tashkent, Uzbekistan – and Bulgaria are sending formidable line-ups.

Italy, 2018 three balls and two ropes world champions, will also expect to be in the hunt for medals in Guadalajara.

Among the other competitors will be a group of Mexican rhythmic gymnasts who hold dreams of becoming the first from their country to qualify for the Olympic Games.

She told FIG: “I believe that we have everything needed in order to qualify for the Olympics, which would be a great achievement not only for our group but for our country as well.”

These are high ambitions for a group which formed this season and has the 20-year-old Villanueva as its most experienced competitor.

But recent results have been promising.

A Mexican group featuring Villanueva, Ruiz and Maldonado finished ninth in the all-around, and the three balls and two ropes, and 11th in the five hoops at the 2018 World Championships in Sofia, Bulgaria.

At the group competition at the 2017 World Championships, Mexico had a best finish of 18th, achieved in the three balls and two ropes event.

“We are proud of what we have achieved and we will continue working to improve more and more,” said Villanueva, who was part of the group which also won two golds and a silver medal at last year’s Pan American Championships in Lima, Peru.