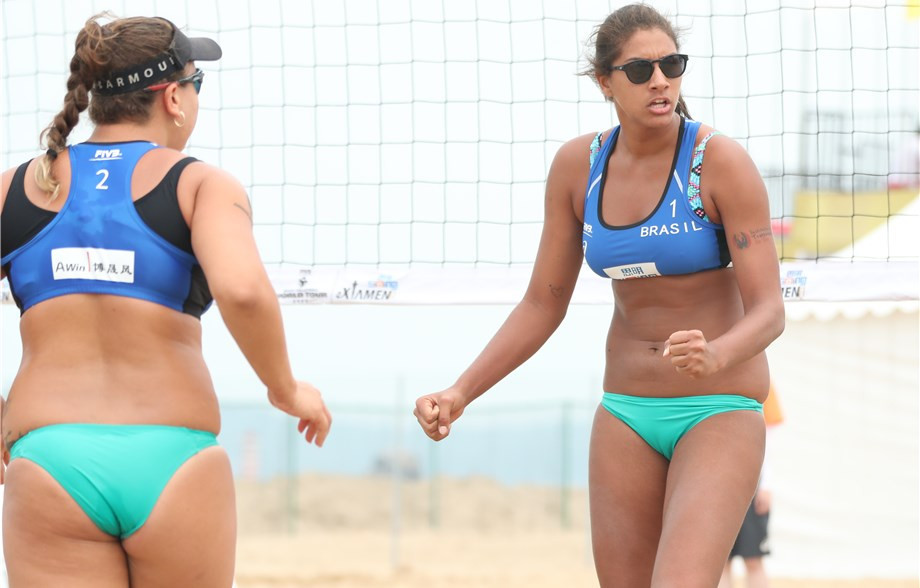 The pair beat the Czech Republic’s Marketa Slukova and Barbara Hermannova 25-23, 26-24 in the final of the four-star event in Xiamen.

It is the third gold medal they have claimed this season, having triumphed in Qinzhou and The Hague.

"It was a tough match because other days it was cloudy and today is sunny and really hot," said Stoyanovskiy.

"I have to say a big thanks to my partner who played really well today."

Stoyanovskiy was the victor in last year's event, defeating a Russian team that included Krasilnikov.

“When we played separately we played very well," Stoyanovskiy added.

"There was a moment when we sat together and we thought, ok, you are a good defender, I am a good blocker, let’s play together and let’s see what we can do."