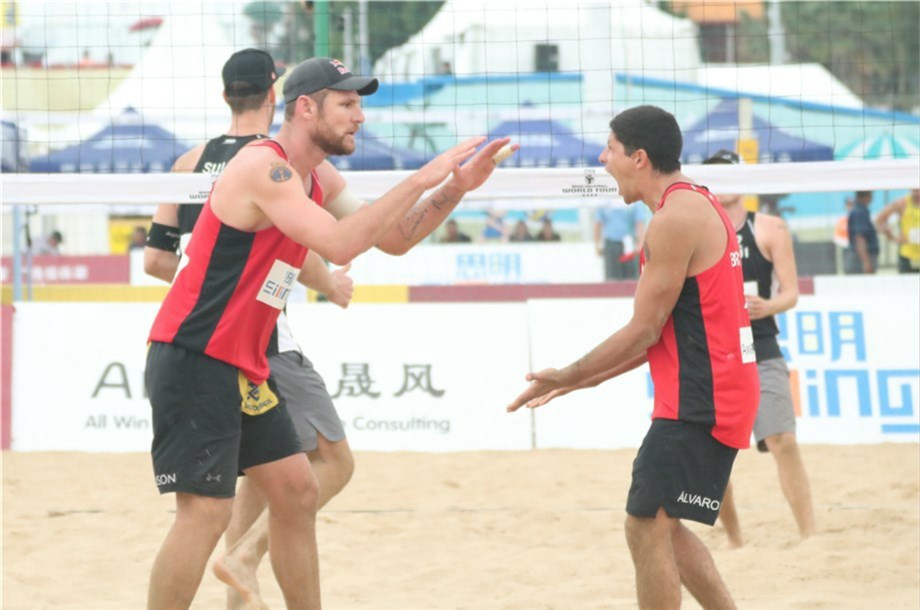 Cerutti, who won the men's title alongside Bruno Oscar Schmidt at the 2016 Olympic Games in Rio de Janeiro, and Filho beat Switzerland’s Adrian Heidrich and Mirco Gerson 21-18, 21-19 in their opening knockout contest in Xiamen.

The 33-year-old had previously partnered Andre Loyola Stein before the pair decided to split following a run of one medal from eight World Tour appearances.

"It’s our first tournament so we are trying to fix a lot of things and we know we still have to grow as a team," said Filho.

"We are happy because we are still alive in the tournament."

Schmidt and Evandro Gonçalves Oliveira Júnior were unable to follow their Brazilian counterparts into the last 16 as they were beaten 22-24, 21-16, 15-13 by Germany's Julius Thole and Clemens Wickler.

China’s Gao Peng and Li Yang were among the other winners after they defeated Pedro Solberg and Vitor Goncalves Felipe of Brazil 21-18, 21-19.

Xue Chen and Wang Xinxin of China claimed a scalp in the women's draw as the overcame Sanne Keizer and Madelein Meppelink of the Netherlands – ranked eighth in the world – in straight games.

The Chinese pair recorded a 21-15, 24-22 victory to move into the second elimination round.

Brooke Sweat and Kerri Walsh Jennings of the United States are also through following a 21-16, 21-17 win over Germany's Kim Behrens and Cinja Tillmann.