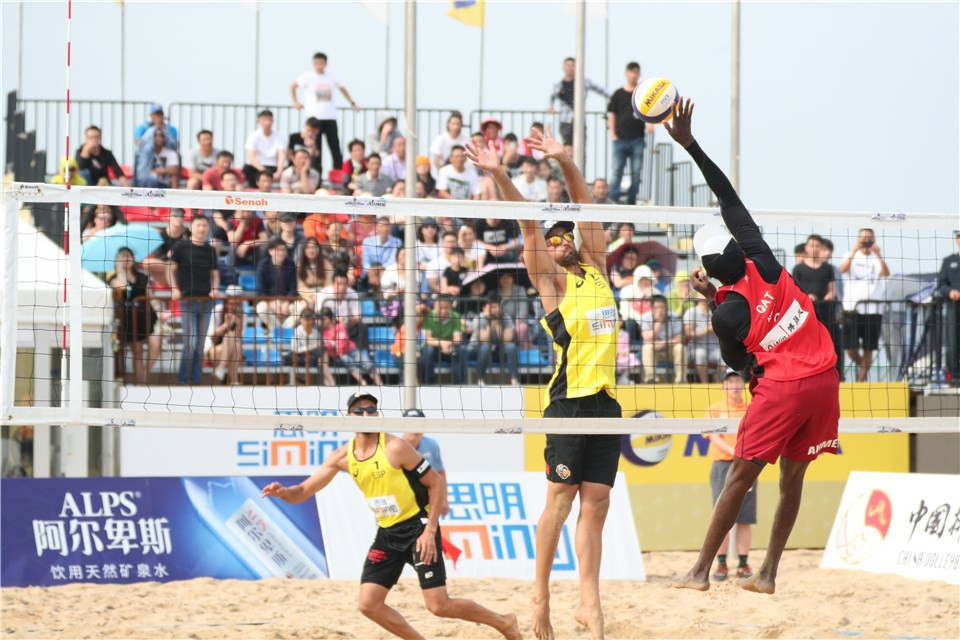 Spain's Pablo Herrera and Adrian Gavira defeated world number one pair Anders Mol and Christian Sørum of Norway on their way to the men's final of the International Volleyball Federation (FIVB) Beach World Tour in Xiamen.

Up next was Qatari duo Cherif Younousse and Ahmed Tijan, who Herrera and Gavira beat 21-17, 21-17.

The pair are hoping for their first Xiamen title since 2016.

"Three years ago Xiamen was perfect for us, we won the gold medal, we will try again tomorrow," said Gavira.

"It was a long day with three matches so we need to rest and tomorrow we will fight with everything."

They will face Russia's Oleg Stoyanovskiy and Viacheslav Krasilnikov in the final.

Stoyanovskiy and Krasilnikov recorded a 21-15, 21-18 win against Brazil's Alison Cerutti and Álvaro Morais Filho, followed by a 21-13, 21-15 victory against Alexander Brouwer and Robert Meeuwsen of the Netherlands.

The final will be played tomorrow, alongside the women's semi-finals and final.