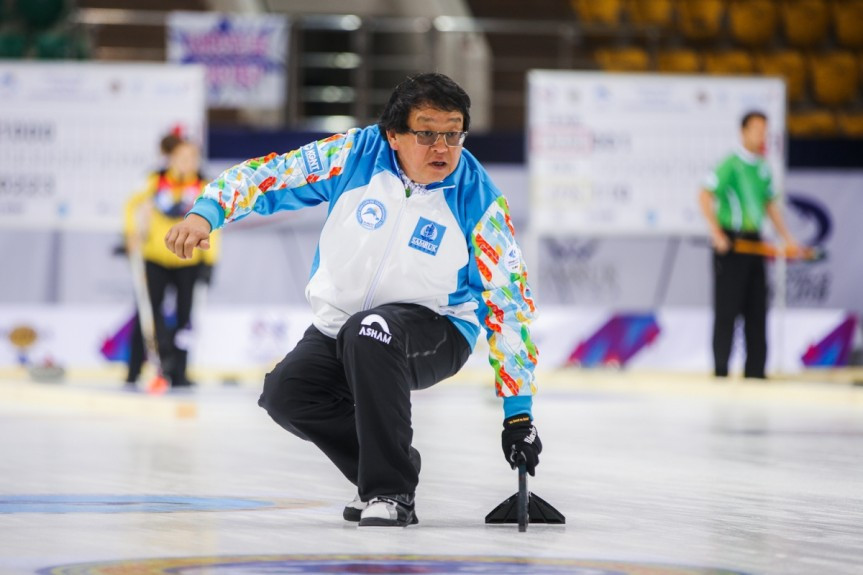 In a statement, the World Curling Federation (WCF) said Kim, the skip of the Kazakhstan senior men's team, had been banned from the rest of the tournament at Sørmarka Arena in Stavanager.

"This suspension has been handed to Mr. Kim for breach of The Rules of Curling R17 Inappropriate Behaviour," the WCF said.

The rule states: "Improper conduct, foul or offensive language, equipment abuse, or willful damage on the part of any team member is prohibited.

"Any violation may result in suspension of the offending person(s) by the curling organisation having jurisdiction."

Few other details have emerged about the incident, although reports claim Kim was sanctioned for his actions towards an official.

Kim is also the coach of Kazakhstan's mixed doubles pairing of Sitora Alliyarova and Abylaikhan Zhuzbay but will be unable to take any further part in either event.

Alliyarova and Zhuzbay put the controversy behind them today with an 8-7 win over Finland in Group E.

Hungary 🇭🇺 just get by a guard and make a take-out for five points!#WMDCC2019 #Curling pic.twitter.com/16DUjHkq0I

England are the only team left in the group with a 100 per cent record after they beat South Korea 9-4 in seven ends.

In Group B, Dorottya Palancsa and Zsolt Kiss of Hungary continued their pursuit of a third world title by defeating Switzerland 10-3 to maintain their perfect start to the competition.

Olympic bronze medallists Norway and Scotland are locked in a two-way tie for top spot in Group D as both nations recorded their fifth wins.

The event continues with the penultimate round of preliminary matches tomorrow.