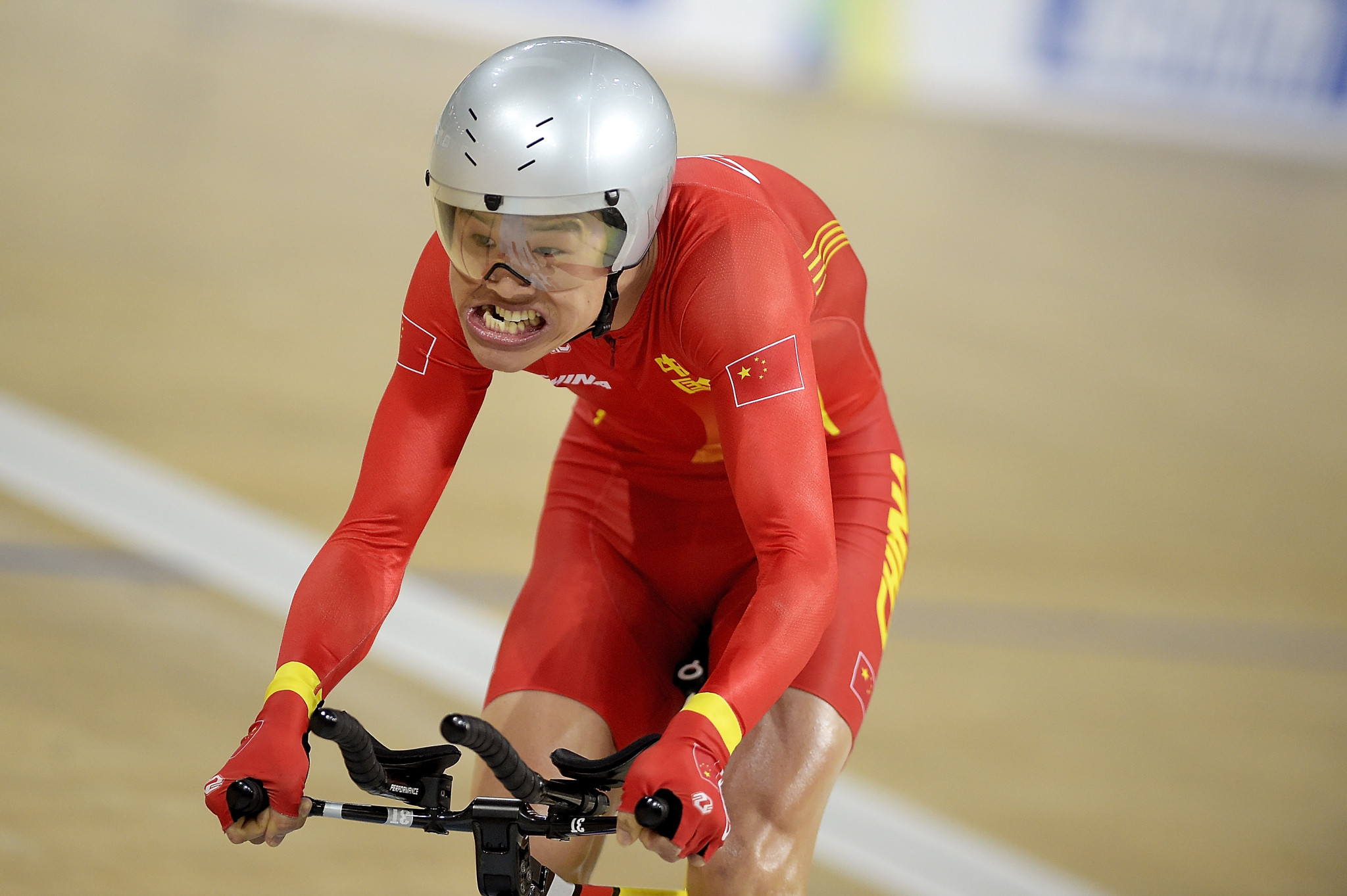 Australia and China both picked up two gold medals as world records were smashed, on a day dominated by time trial action at the International Cycling Union Para-cycling Track World Championships in Apeldoom in The Netherlands.

There were six time trial finals at the Omnisport Apeldoorn with Australia winning the women’s C2 and C3 500 metre events, while Chinese riders triumphed in the women’s C1 500m and men’s C1 1 kilometre finals.

China gained the first gold medal of the day when current world record holder Jieli Li beat her only competitor, Great Britain’s Katie Toft, with a time of 43.830sec in the women’s C1 500m.

China’s second gold medal then came in the fourth race of the day, in which the country gained silver as well.

Continuing a common theme at the World Championships so far, once again the current world record holder took the win as Zhangyu Li triumphed in 1min 11.817sec, also a new world's best time.

The London 2012 Paralympic champion gained another of the sport’s top prizes ahead of his compatriot Weicong Liang, who finished with a time over two seconds slower in 1:13.865.

Spain’s Ricardo Ten Argiles was comfortably slower again but 1:16.266 was enough to earn him the bronze medal.

Australia’s two gold medals came in the second and third finals of the day.

Their first came through Amanda Reid, winner of the women’s C2 500m time trial in a world record of 39.505.

The 22-year-old, who has also competed as a swimmer, beat home athlete Alyda Norbruis and China’s Zhenling Song, who finished in 40.191 and 42.697 respectively.

What a performance by Amanda Reid 🇦🇺 who takes the provisional GOLD medal 🥇 place in the WC2 500m TT with one rider to come!#Apeldoorn2019 pic.twitter.com/dhKM9YsTX3

Reid’s victory may be seen as controversial as she has previously been accused of exaggerating her symptoms for sporting gain by a former coach and other athletes.

Nothing has ever been proven, however, and the Australian Paralympic Committee has said she has physical, visual and intellectual disabilities.

Australia’s other gold medal was won by Paige Greco, who triumphed in the women’s C3 500m time trial in 39.442.

The day’s other time trial gold medals were picked up by Colombia and the United States through Alejandro Perea and Joseph Berenyi.

Perea was victorious in the men’s C2 1km final with a world record of 1:12.838, beating Australia’s Gordon Allan and Canada’s Tristen Chernove.

Allan had himself set a world record at 1:12.873, only to see it beaten moments later.