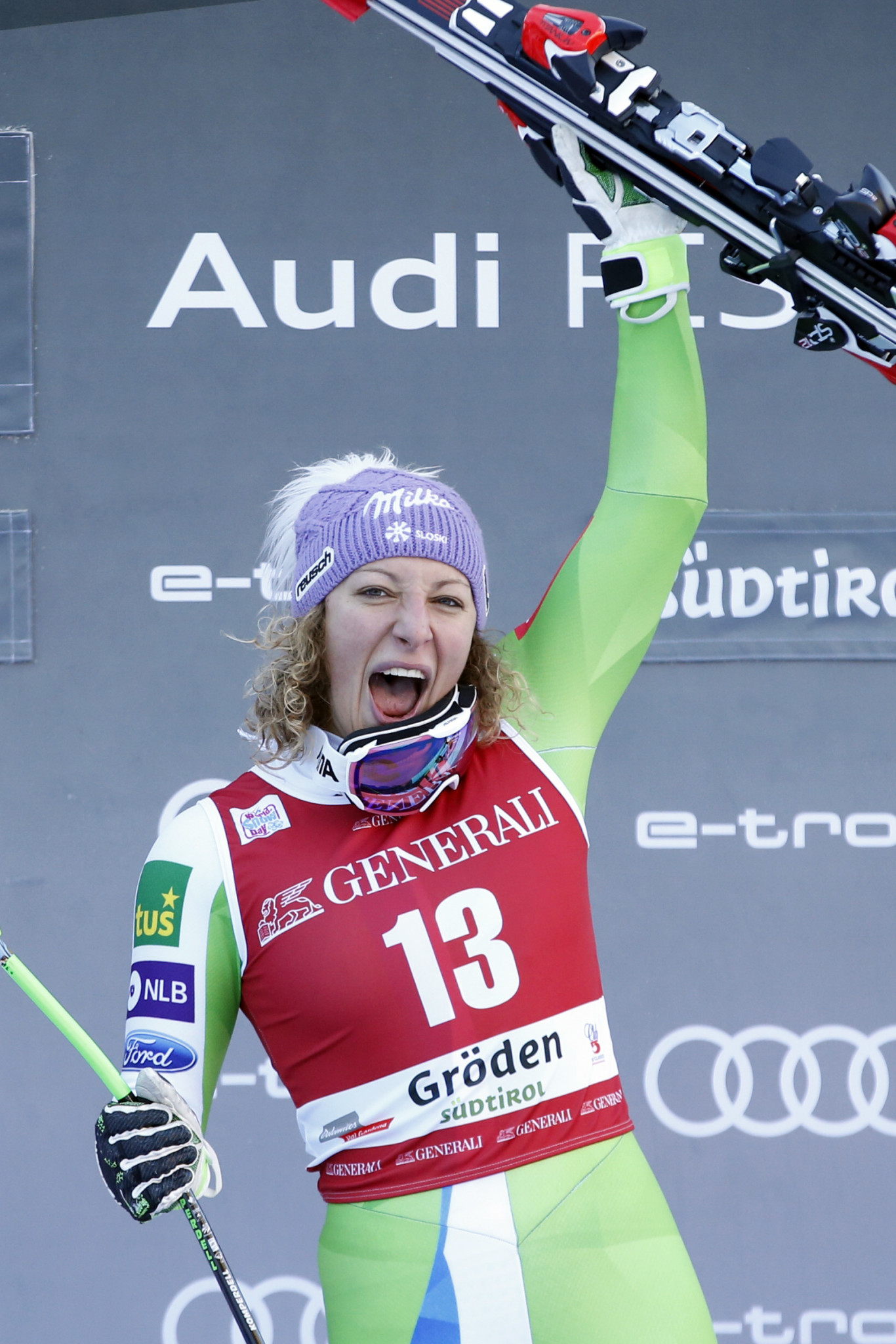 Ilka Stuhec of Slovenia today achieved her first International Ski Federation Alpine World Cup podium place and victory since returning from a knee injury that kept her sidelined from competition for 20 months.

Stuhec, the 2017 world champion, beat all comers in the rescheduled women's downhill race at Val Gardena in Italy.

With an impressive skating and gliding start on the upper flat, Stuhec built her lead over the terrain and turns on the Saslong in the first women's World Cup race at the venue since 1975.

Nicol Delago of Italy was cheered home to the first podium place of her career as she finished just 0.14 seconds shy of Stuhec’s winning time of 1min 22.81sec in second place.

Hailing from nearby Selva di Val Gardena, Delago posted the best run of her career and became an instant celebrity among fans and race volunteers.

The Italian had two strong training runs on the slope, finishing third and second in yesterday's practice, and was thrilled to convert her fast skiing into a race-day result.

Austria's Ramona Siebenhofer returned to the World Cup podium for only the second time in her career and the first time since December of 2015.

She had two of the fastest training runs and was finally able to translate those lessons learned into her race performance.

Siebenhofer regularly posts lead training times in downhill on the tour, so she was pleased to see a podium result in the race for the first time since the 2015-2016 season.

Val Gardena-Gröden took over the ladies' speed races originally scheduled in Val d'Isere in France, which were cancelled due to lack of snow.

Tomorrow's women’s super-G will complete what has been an extended week of commitment for the venue organisers.

The men will be in giant slalom action in Saalbach-Hinterglemm in Austria.