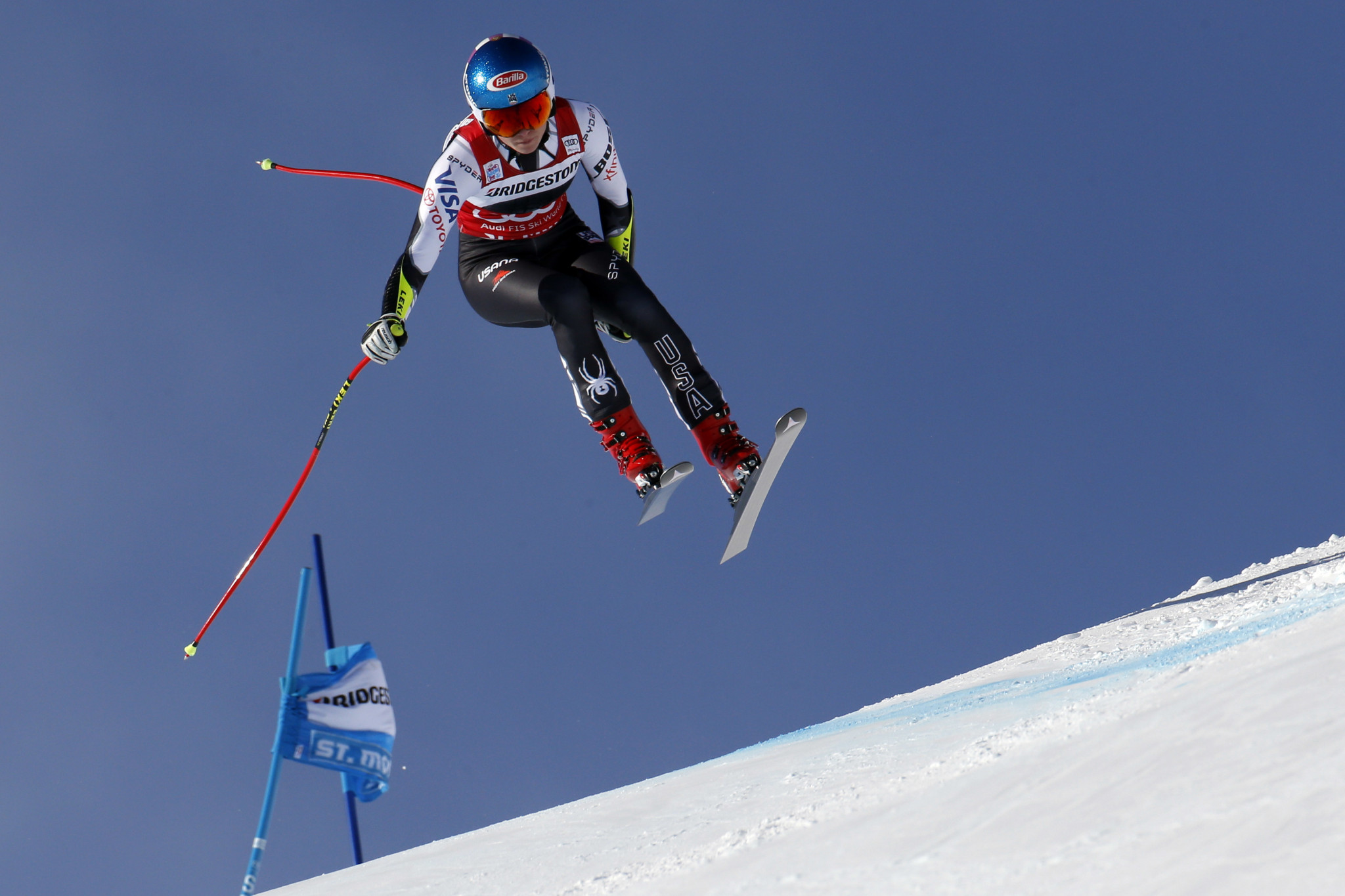 Shiffrin followed her debut World Cup super-G win in Lake Louise in Canada on December 2 with another victory in the same discipline in St Moritz.

The American, a double Olympic gold medallist, clinched her fourth victory in eight races this season on the Swiss slopes as she bids for a third consecutive overall title.

She was timed at 1min 11.30sec after a near-perfect run, claiming her 47th career World Cup victory.

That places her fourth on the all-time winners' list as she has now gone past Austria's Renate Goetschl.

Shiffrin's back-to-back super-G wins confirm her as a threat in the speed disciplines as well as the technical events she has regularly dominated.

"I did not expect to win today," Shiffrin said.

"Something is working right now, and I am enjoying it.

"When coming into this race I thought, 'yeah, now I have no excuses.'"

In this year's overall standings, Shiffrin already has a huge lead with a points tally of 589.

Switzerland's Michelle Gisin is second but way back on 296, with Ragnhild Mowinckel of Norway third on 264.

Double Olympic champion Hirscher won for the second time this term as he bagged giant slalom gold in Val d'Isère in France.

The Austrian clocked 1:42.99 after his two runs as he bids for an eighth overall World Cup title in a row.

Long-time rival Henrik Kristoffersen of Norway was second in 1:44.17 with Matts Olsson of Sweden third in 1:44.30.

Hirscher now boasts 60 World Cup wins with his first run of 52.41, almost three quarters of a second quicker than anyone else, doing the damage today.

"In my opinion this is the hardest giant slalom on the World Cup tour," said Hirscher.

"You never feel great here, down this course.

"Nine years ago it started with the first victory here so Val d'Isère has always been good to me."

The Austrian, who has finished on the podium in every giant slalom since October 2016, including winning the World Championships and Olympics, has moved to the top of the overall standings with 280 points.

Compatriot Max Franz is second on 238 with Mauro Caviezel of Switzerland third on 227.

The women will tackle parallel slalom in St Moritz tomorrow with the men competing in slalom in Val d'Isère.