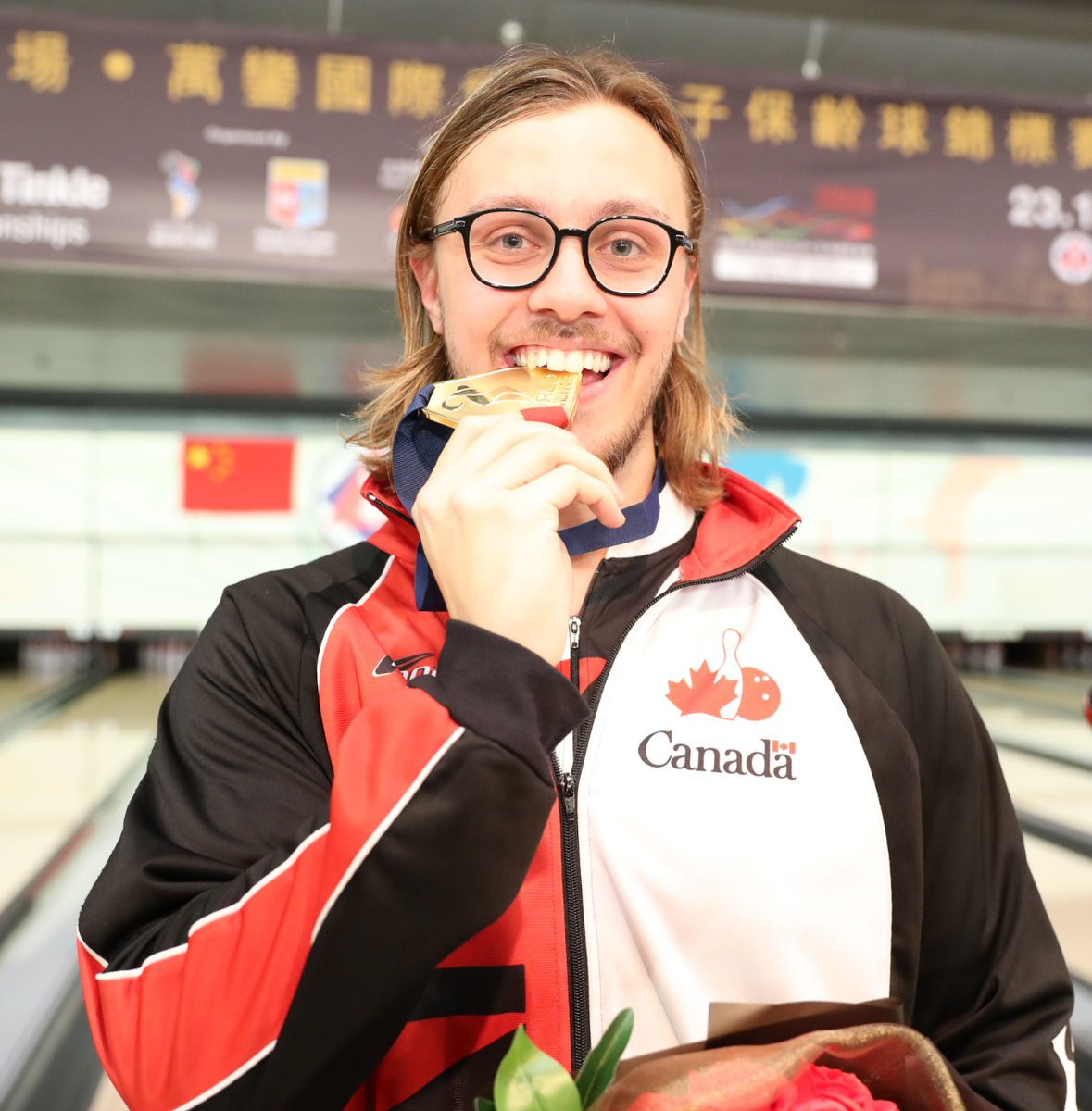 Canada’s Mitch Hupé swept aside the United States’ Kyle Troup to claim the masters title on the final day of the Men's World Tenpin Bowling Championships in Hong Kong.

Hupé, a 23-year-old right-hander, won the best-of-three-games contest 2-0 to secure his country’s solitary gold medal of the event at the South China Athletic Association Bowling Centre.

Hupé took the first game of the final after a one-ball roll-off followed a 192-192 draw.

Troup, 27, knocked down only nine pins and his opponent took full advantage.

The American had the chance to throw three strikes for a 202-202 draw in the second game, but when he failed to deliver on his first ball, the match was over.

Troup, the Professional Bowlers Association champion, added a silver medal to his gold in the trios, silver in the team event and bronze in the singles.

MacLelland and Sloan were the bronze medallists.

Sloan’s podium finish was Ireland’s first at a World Championships.