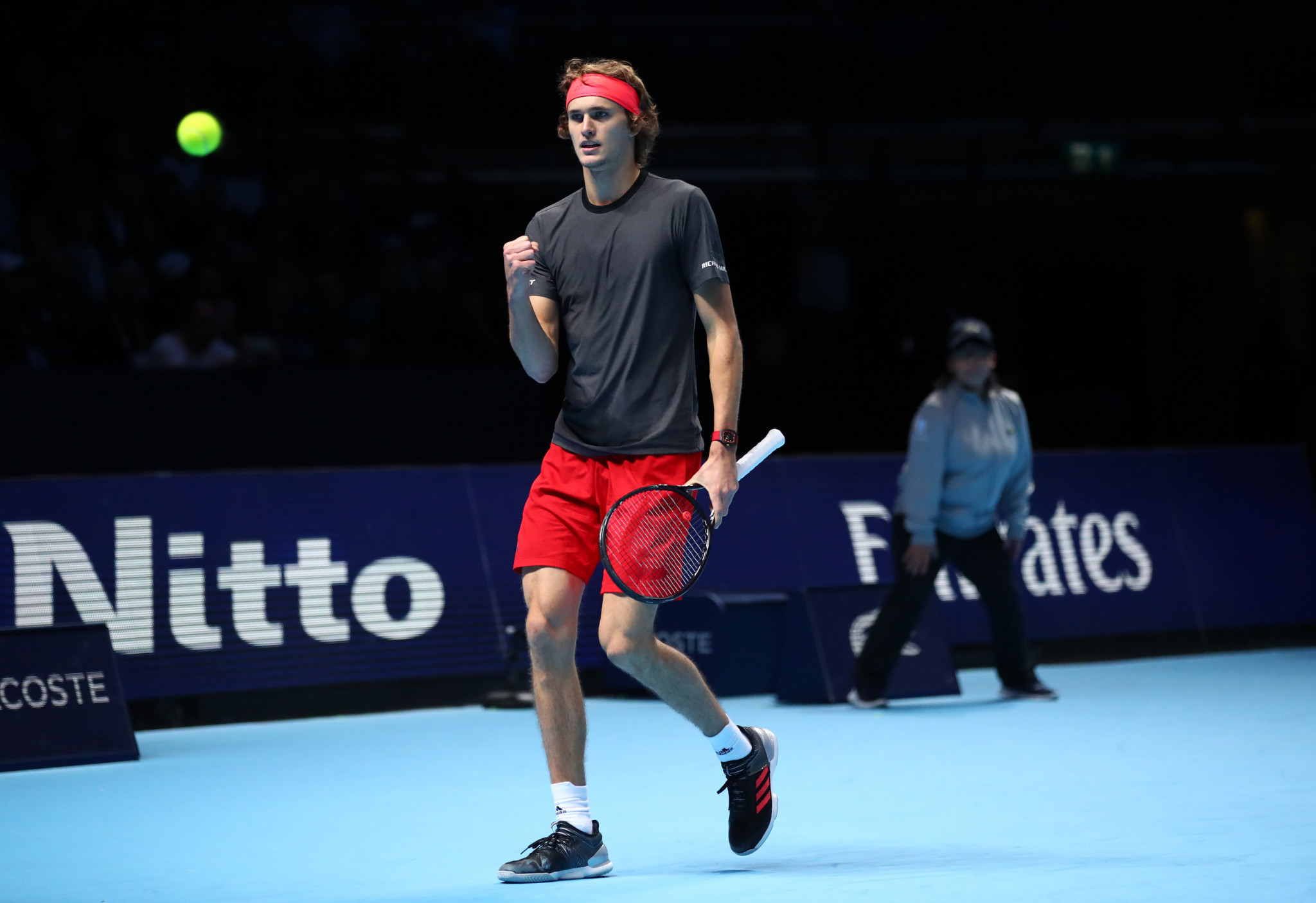 Germany's Alexander Zverev reached the semi-finals of the Association of Tennis Professionals Finals for the first time in his career after beating John Isner.

The 21-year-old knew a victory over Isner at London's O2 Arena would prove enough to take second place in Group Guga Kuerten.

It followed a straight sets win over Croatia's Marin Cilic, before he suffered a comprehensive defeat to Serbia’s Novak Djokovic.

Zverev took a major stride towards the semi-finals after winning the first set on a tie break against the big serving Isner.

The American proved unable to bring himself back into the match in the second set as Zverev broke to edge closer to victory.

He was able to complete a straight sets success and sealed a semi-final spot by prevailing 7-6, 6-3.

The result ended any lingering hopes for Cilic heading into his final round-robin match against world number one Djokovic.

Djokovic had already sealed top spot in the group following victories in his opening matches, coupled with Zverev’s success today.

The Serbian will continue his pursuit of a sixth season ending title when he takes on South Africa’s Kevin Anderson in tomorrow’s semi-finals.

Anderson ended as the runner-up in Group Lleyton Hewitt, behind Switzerland's Roger Federer.

Second seed Federer will meet Zverev in the opening semi-final match of the day.