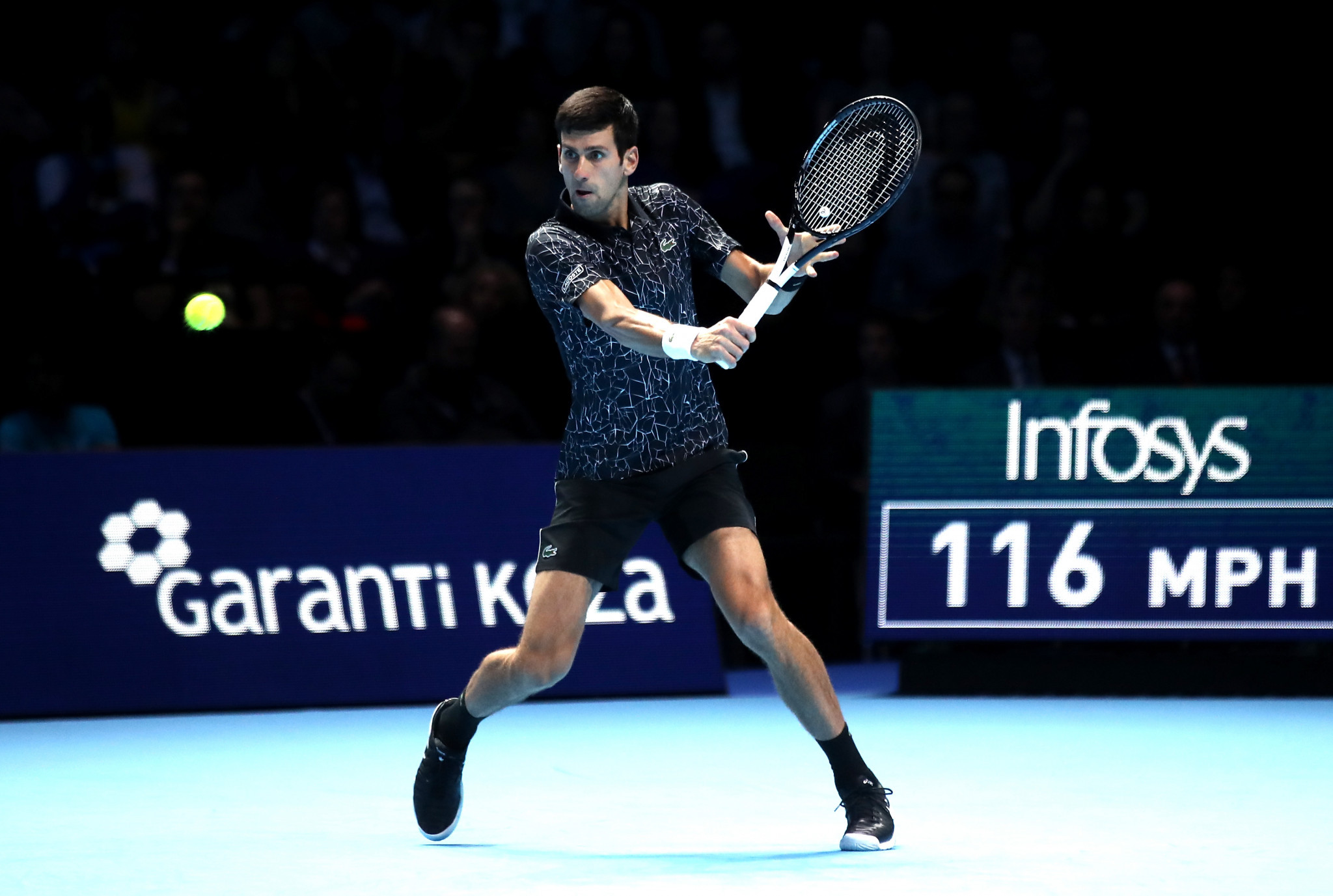 World number one Novak Djokovic, bidding for a sixth title at the season-ending Association of Tennis Professionals Finals in London's 02 Arena, got his campaign off to an efficient start tonight with a 6-4, 6-3 win in his opening group match against John Isner.

The Serbian made it clear early on against his 6ft 10in American opponent that there was not likely to be another shock similar to the one on the opening night of this competition when second seed Roger Federer - who is seeking a seventh ATP Finals win - was beaten in straight sets by Kei Nishikori of Japan.

Djokovic, a 14-time Grand Slam champion, had slipped to as low as 22nd in the world in May following a six-month break due to an elbow injury.

But he has since won the Wimbledon and US Open grand slam titles and returned to the top of the world game after Spain’s Rafael Nadal withdrew from the Paris Masters last month.

The American hit 13 aces and put 69 per cent of his first serves in – but it wasn't enough to halt his opponent.

Zverev punished his Croatian rival's inability to take his chances as he earned a 7-6, 7-6 win.

Cilic, 30, served for the first set but made three unforced errors and a double fault as Zverev broke back for 5-4.

Zverev, 21, went on to take the tie-break and then fought back from a break down midway through the second set.

Cilic saved a match point at 5-4, but Zverev clinched victory in the breaker.