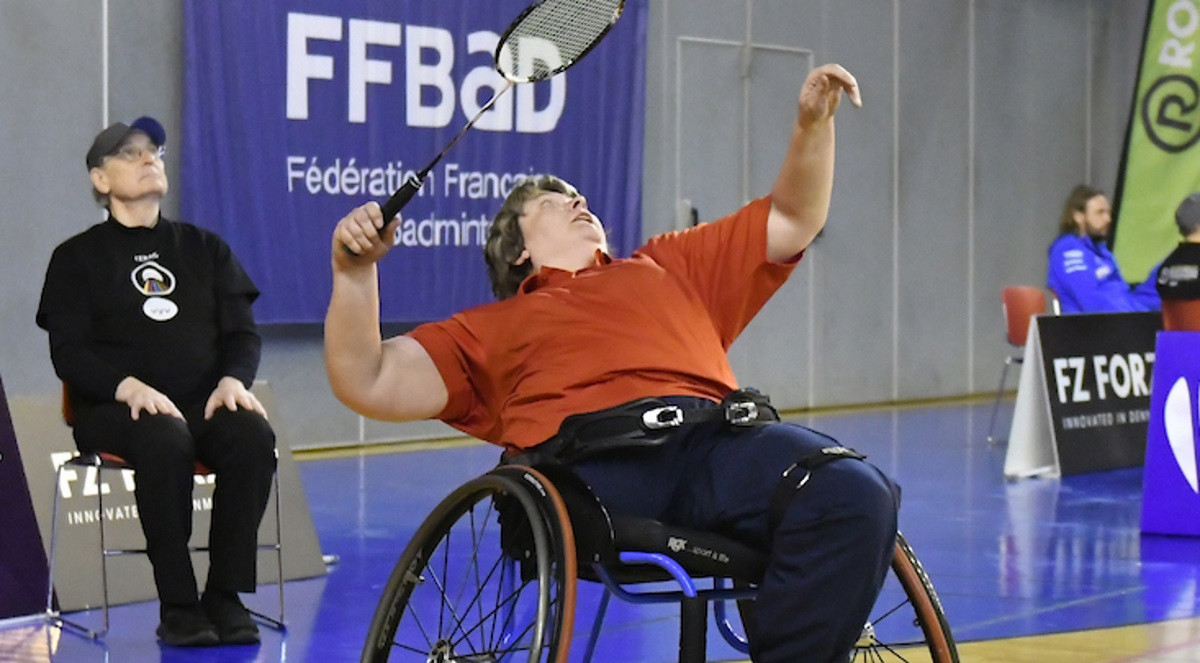 Fiona Christie avenged her group loss to Esther Torres to reach the women’s singles wheelchair WH2 semi-finals at the European Para-Badminton Championships 2018 in Rodez in France.

Spaniard Torres had beaten Christie to top Group C, but the Scot turned it around on day three with a 21-16, 24-22 win which earned her a semi-final meeting with second seed Narin Uluc of Turkey.

In the other half of the draw at the Badminton World Federation event, top seed Emine Seckin of Turkey takes on Spain’s Marcela Quinteros.

Morat next faces top seed Jack Shephard of England, while Martin takes on compatriot and second seed Krysten Coombs in his semi-final.

Kulikov will now face top seed Lucas Mazur of France, who routed Germany’s Nils Boening 21-4, 21-4, while in the bottom half of the draw another Russian, Oleg Dontsov, takes on second seed Rickard Nilsson of Sweden.

Cathrine Rosengren of Denmark won her second women’s singles match in the standing upper SU5 class to enter the semi-finals.

Rosengren beat Ukraine’s Ivanna Redka 21-8, 21-4 to follow up on her women’s doubles victory with Coraline Bergeron of France over Zehra Baglar of Turkey and Katarzyna Ziebik of Poland.

In the men’s singles wheelchair WH2 category, the top four seeds progressed into the semi-finals without dropping a game.