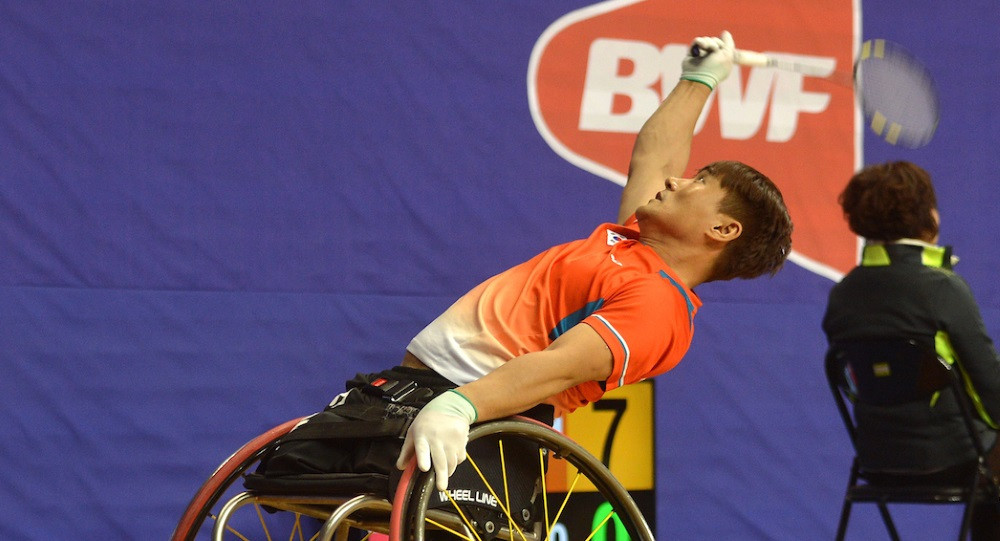 The home favourite and top seed produced a dominant display in the gold medal match at the Dongchun Gymnasium.

He emerged as a comfortable 21-10, 21-9 winner against China’s Qu Zimo to secure the title.

Lee returned to court later in the day to win the men’s doubles WH 1-2 title with Kim Jung-jun, the South Korea’s combining to beat their compatriots Choi Jung-man and Kim Sung-hun 16-21, 21-10, 21-8.

It would also give Kim his second title of the day, having beaten team-mate Kyung Hoon-kim 21-16, 21-19 in the WH 2 singles event.

In a battle between the highest ranked players in the women’s SL3 singles event, India’s Parul Dalsukhabhai emerged as a clear winner.

The number one seed brushed aside the challenge of her rival Wannaphatdee Kamtam, beating the Thai player 21-8, 21-17.

Rachel Choong justified her status at the favourite in the women’s SS 6 competition, the English star winning 21-15, 21-7 against Peru’s Carmen Poveda Flores in the gold medal match.

There was also a hard fought victory for Japan’s Ayako Suzuki in the SU 5 singles event, which saw the top seed come from behind to win 18-21, 21-18, 21-18 against China's Yang Qiuxia.

Competition in Ulsan was the penultimate edition of the World Championships before Para-badminton makes its debut at the Tokyo 2020 Paralympic Games.

Basel is due to hold the 12th edition of the Championships in 2019.