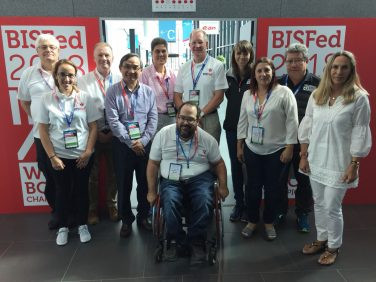 The Boccia International Sport Federation's (BISFed) 2019 General Assembly will be held in the Portuguese city of Povoa, it has been announced, following the end of the Boccia World Cup in November 2019.

A detailed agenda has not yet been decided, but workshops on topics such as classification and the competition structure after 2020 will be held.

The President for the following four years will also be elected.

"BISFed looks forward to hosting the 2019 General Assembly alongside our Portuguese member Federation in the wonderful city of Povoa," said David Hadfield, the incumbent BISFed President.

"Boccia competitions have been held in Povoa for many years, and many members will be familiar with its charms.

"We are also most grateful to Brazil and Spain who submitted very interesting bids - it made for a difficult decision."