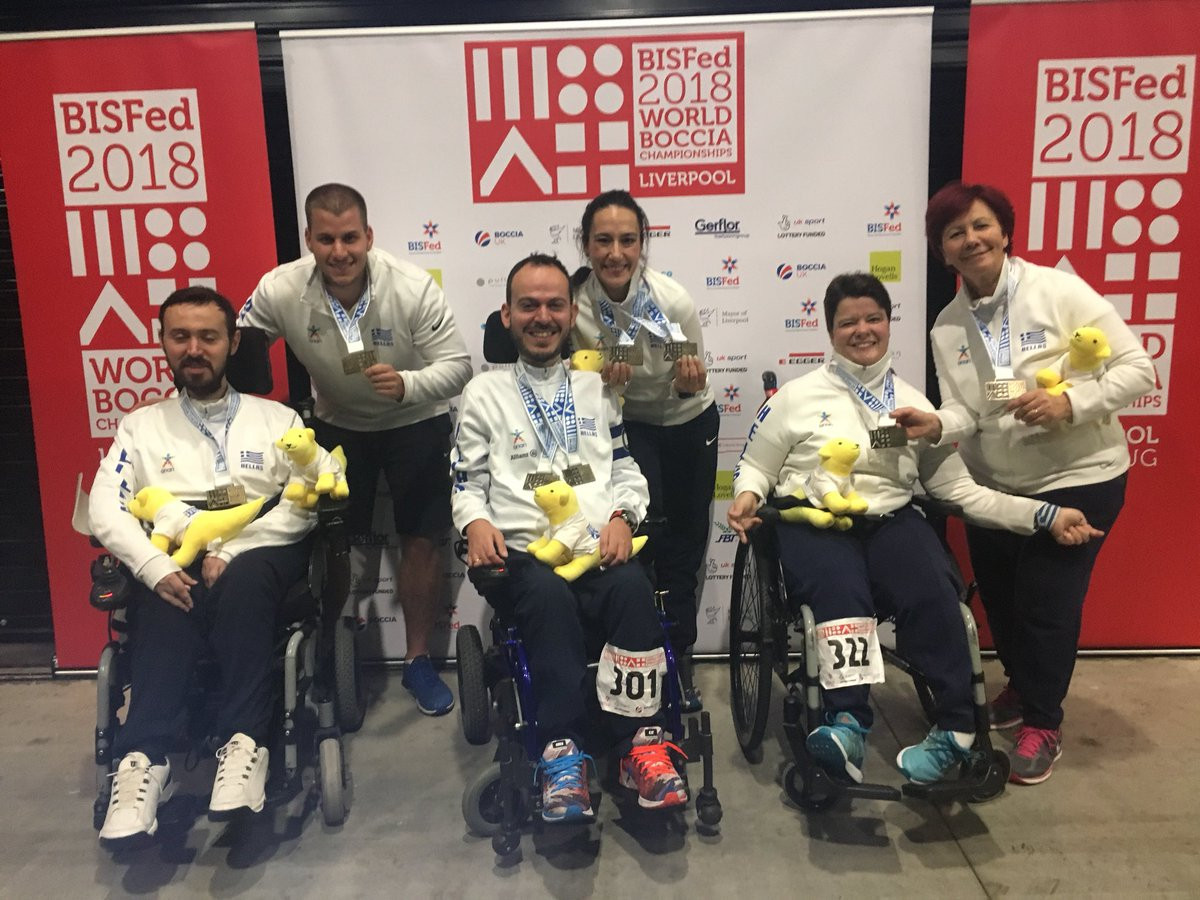 Favourites Thailand were pushed all the way by Japan before securing the BC1/BC2 title at the Boccia World Championships in Liverpool today.

Thailand’s team – featuring the world number one BC2 player Watcharaphon Vongsa and individual BC2 gold medallist Worawut Saengampa – went 2-1 down to Japan before rallying to win the title by 5-4 in the Exhibition Centre.

But Thailand’s other finalists on the night, in the final of the BC4 event, were unable to contain the talents of Slovakia’s world number one pairing Samuel Andrejcik and Michaela Balcova.

Greece’s Grigorios Polychronidis, individual BC3 gold medallist earlier this week, added a second gold with victory alongside team-mate Anna Ntenta in the BC3 pairs final against Australia.