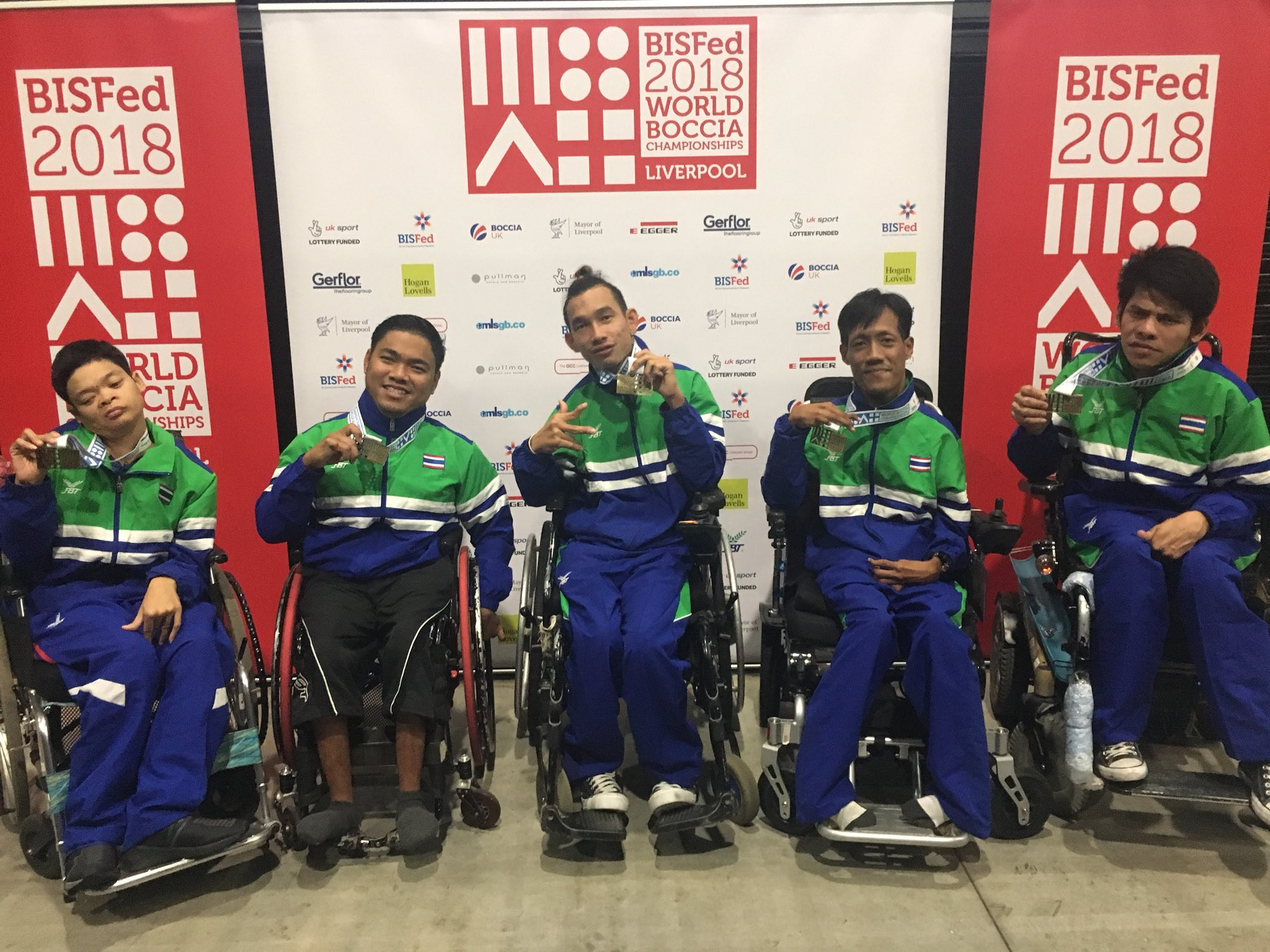 All but one category saw changes to the top five ranked players as the Boccia International Sports Federation released their new world rankings following the 2018 World Championships in Liverpool.

Witsanu Huadpradit cracks the top three following the World Championships last month, as he moves up from sixth.

Thailand's Worawut Saengampa claimed two golds at the World Championships, helping Thailand to the top of the medal table, and increased his world ranking.

Saengampa won gold in the BC2, winning enough points to move from third to first in the world.

He replaces team-mate Watcharaphon Vongsa at the top, who now drops to second.

The biggest jump comes from China's Zhiqiang Yan who moves from 12th to fourth while Japan's Hidetaka Sugimura completes the top five having ranked 10th before the Championships.

In the individual BC3 event, there are no changes to the top two positions but Australian Daniel Michel moves up from sixth to third.

Greece's Grigorios Polychronidis won gold at the World Championships to retain his number one world ranking and Britain's Jamie McCowan stays in second.

Yuen Kei Ho of Hong Kong has dropped from fourth to fifth as South Korean Howon Jeong climbs from 11th into fourth.

This is due to a silver medal in the World Championships as Jeong lost 6-5 in the final against Polychronidis.

In the individual BC4 rankings, Britain's Stephen McGuire is replaced by Yuansen Zheng at the top, while McGuire drops to third.

As gold and silver medallists, Zheng and Euclides Grisales take the first and second positions.

Almost a complete reshuffle has happened in the pairs BC3 rankings, with South Korea the only nation to hold onto their ranking of second.

Brazil and Britain lost out as the South Americans fell from first to fourth and Britain from third to fifth.

In the BC4 pairs, Slovakia kept their world number one ranking as Hong Kong gained one position and move up to second.

Thailand claimed third place having ranked outside the top five before the World Championships and Britain and Colombia have fallen to fourth and fifth respectively.

There were no changes to the Team BC1/BC2 rankings.