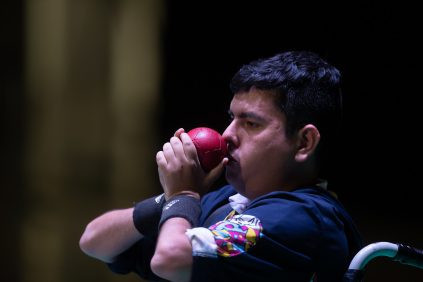 He received 43 per cent of the vote after an online poll.

It comes after Grisales made history at the World Boccia Championships in English city Liverpool.

He won his country's first medal at the event by clinching silver in the individual BC4 category.

The achievement was also enough to elevate him to world number one in the standings.

Argentina's wheelchair basketball player Gustavo Villafane finished second with 32 per cent of the vote after being selected to the All-Star team at the World Championships in Hamburg.

He helped guide his country to seventh place in the German city, their best-ever finish.

Shortlisted athletes were compiled after submissions from National Paralympic Committees from across the continent.