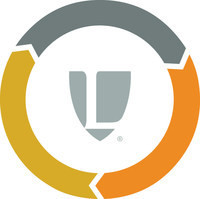 Legends has been announced as the sponsorship sales agency for the Los Angeles 2028 Olympic and Paralympic Games.

The company are set to work with the commercial joint venture between Los Angeles 2028 and the United States Olympic Committee (USOC).

It is claimed they will help develop, identify and secure sponsorship opportunities, as well as work with Los Angeles 2028 and USOC to sell their collective story.

"The Olympics is one of the world's preeminent sports events, offering a unique value proposition and an important cultural influence for brands to connect with consumers through the experience of the Games," said Shervin Mirhashemi, Legends President and chief executive.

"This is a tremendous opportunity for our business to partner with an iconic property to engage with partners to create a strategic investment in the Los Angeles 2028 and Team USA platform."

Legends, a marketing and hospitality company, are controlled by the New York Yankees and Dallas Cowboys.

The organisation are claimed to have strong roots in Los Angeles and a "deep understanding" of the sports marketing landscape.

"Never before in the Olympic Movement have we had a known 10-year time horizon to imagine stories and create platforms to engage and connect with people.

"We are thrilled to partner with Legends to bring to life sponsorship opportunities for Los Angeles 2028 and Team USA.

"Their talent and experience in the Los Angeles market and across the US will be critical to amplifying our commercial success."

A new structure has been established under the leadership of Wasserman, according to Sport Business Journal.

Under the rules of the International Olympic Committee, Los Angeles 2028 will not be able to sign any sponsorship agreement before January 1 next year.

According to Sport Business Journal, companies wanting to become "golden" partners of Los Angeles 2028 will have to pay at least $100 million (£78 million/€87 million) to join the programme.

"LA 2028 is the first Summer Games in the US in a generation," said Kathy Carter, Los Angeles 2028's chief revenue officer and chief executive of the joint venture.

"We have a unique story to tell of optimism, imagination and creativity that will connect with young people across the country and the team at Legends will help us do that.

"With zero planned construction projects and an unprecedented ten-year lead-up to the Opening Ceremony, we are focused one hundred per cent on creating an unforgettable Games experience for athletes, fans and partners."

It has been claimed that Los Angeles 2028 sponsors could also associate their branding with the United States team competing at Paris 2024 and at the Winter Olympic Games in 2026, an event due to be awarded next year.

Another idea under discussion is Paris 2024 and Los Angeles 2028 signing joint marketing deals, particularly in operational areas of the Olympics such as technology and infrastructure.

Such deals would allow companies to associate themselves with two consecutive editions of the Olympic Games.