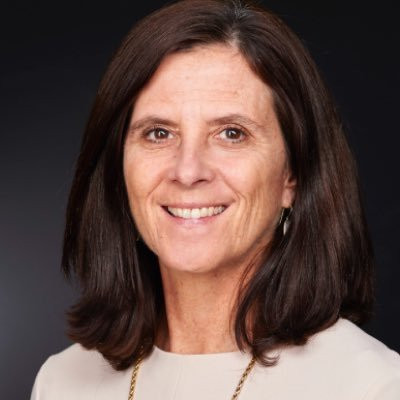 Her departure comes just days after she signed on to work for a joint marketing venture between the USOC and the Los Angeles 2028 Olympics and Paralympics.

Baird joined USOC in 2009 and helped the organisation with its recovery following the recession - signing deals with companies including Nike, BMW, Hershey and Ralph Lauren.

She also developed the Team USA brand which all American Olympians and Paralympians now represent.

The USOC brought in $121 million (£95 million//€104 million) in sponsorship and marketing revenue in 2016, the year of the Olympic Games in Rio de Janeiro.

This represented a big rise when compared to 2008, when the books showed royalties of $94 million (£73 million/€81 million).

She will start her new role on September 10 after a transition period.

Los Angeles 2028 will now require a new name to spearhead their search for partners of the Olympics and Paralympics.

"I want to thank all of the committed, talented professionals in the Olympic Movement for the last decade," said Baird, who lives in New York.

"I am thrilled to open this next chapter working for Laura Walker at NYPR.

"The exciting future of radio and audio combined with one of the most passionate audiences in media offers an exciting landscape for any marketer."

"From the day we launched our bid for the Games to the establishment of LA 2028's marketing arm earlier this month, Lisa's wealth of experience and leadership has benefited our organisation," he said.

"She leaves United States Olympic and Paralympic Properties in the best possible position as we embark on our plans to deliver an unforgettable Games experience for athletes, fans and partners.

"We wish Lisa the best as she embarks on this exciting new chapter."