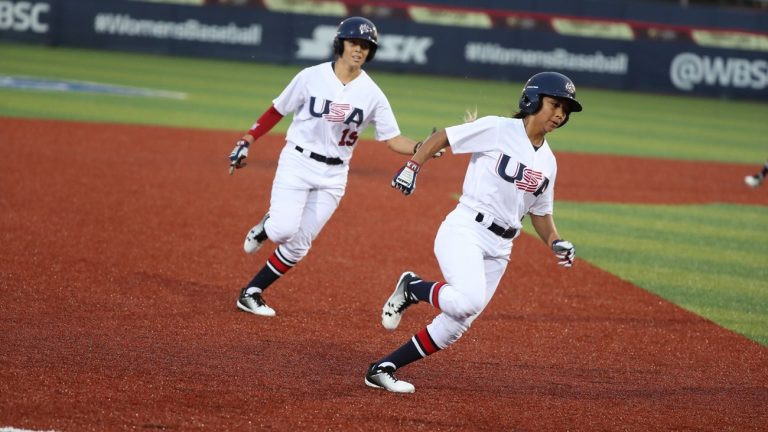 Hosts United States enjoyed a crushing win on day one of the Women's Baseball World Cup in Florida.

The home side thrashed Puerto Rico 14-0 in Group A at the Space Coast Complex in Viera.

They wrapped up their success within five innings, blasting 11 runs in the first to take the game away from their opponents.

The US won the first two editions of the World Cup in 2004 and 2006 but Japan have won all five tournaments held since then.

The Japanese also enjoyed a great start today by thrashing Dominican Republic 8-0 in Group B.

Elsewhere in Group A, South Korea edged The Netherlands 9-8 in a thriller.

Group B's other matches included a 4-0 win for Canada over Hong Kong.

Australia and Cuba's match got underway but was then halted by a thunderstorm which also forced the cancellation of the Opening Ceremony.

The Australians led 5-4 in the middle of the fourth with the game due to be finished tomorrow.