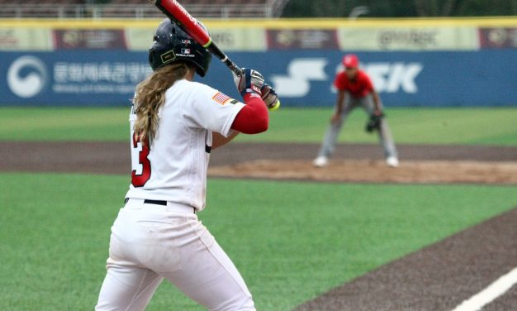 The World Baseball Softball Confederation (WBSC) and the United States Special Sports Association (USSSA) have announced a host broadcasting agreement that will see record coverage and production of the Women’s Baseball World Cup in 2018.

The eighth edition of the Women's Baseball World Cup, which is due to be staged at the USSSA Space Coast Complex in Viera in Florida from August 22 to 31, marks the first time the event is to be played in the US.

As part of the host broadcasting partnership, and also for the first time ever, all 50 games of the Women's Baseball World Cup will be produced and available to global audiences, along with in-game commentary and highlights packages.

"The WBSC is excited to partner with USSSA to guarantee record coverage, broadcast reach and brand exposure for the Women's Baseball World Cup and all event stakeholders," WBSC President Riccardo Fraccari said.

"More importantly, through this agreement, we will be able to deliver the major-event coverage that these top female athletes deserve, while putting Florida's Space Coast at the centre of the international baseball universe.

"The 2018 Women's Baseball World Cup will be the biggest, best and most followed edition yet."

"It's exciting for USSSA to be a part of this record coverage and help deliver the biggest Women's Baseball World Cup in history.

"This is an exciting time and we are proud that these precedents are being set here at our USSSA Space Coast Complex."

The last Women's Baseball World Cup, which was played in Gijang County in South Korea in 2016, registered a broadcast reach of approximately 100 million households and generated an online viewership from 198 countries and territories.

Fenway Park, home of the Boston Red Sox, is the latest venue to be added to the tour and is scheduled to be visited on July 14.

The tour began late last month when the trophy visited the Coronado Theatre in Rockford in Illinois.

Group A is made up of hosts the US, 2016 bronze medallists Venezuela, Chinese Taipei, South Korea, The Netherlands and unranked Puerto Rico.

The game schedule, broadcast partner and live-streaming details for the 2018 Women's Baseball World Cup is set to be announced at a later date.