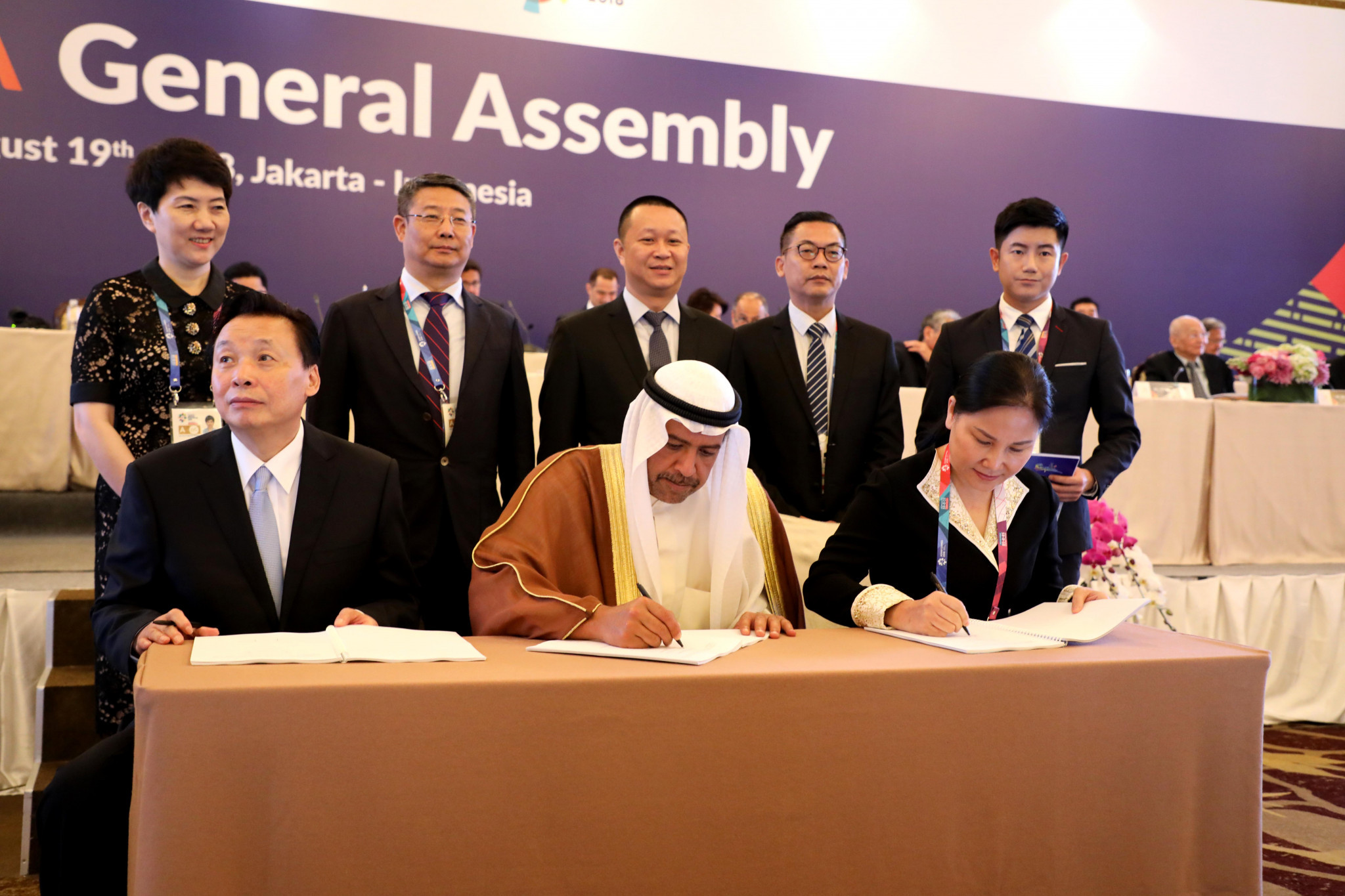 Host City Contracts for both the 2020 Asian Beach Games in Sanya and 2026 Asian Games in Aichi and Nagoya were signed here today at the Olympic Council of Asia (OCA) General Assembly.

Sanya officials promised the OCA that the pearl of the South China Sea is ready to shine when it hosts the sixth edition of the Asian Beach Games.

Chinese Olympic Committee vice-president Yang Shu'an assured delegates from the 45 countries and regions that Sanya would deliver a successful event.

Sanya is the southern-most city on Hainan Island and, along with Hangzhou and Beijing, will form a trifecta of Chinese cities hosting major Games over the next four years.

Hangzhou is set to host the 19th Asian Games in 2022, while Beijing is scheduled to stage the 2022 Winter Olympic Games.

Along with Aichi and Nagoya in Japan hosting the 20th Asian Games in 2026, the Asian sporting calendar is full for the next two four-year cycles.

It has left OCA President Sheikh Ahmad Al-Fahad Al-Sabah pleased with the short-term future of sport in the continent.

"We are in a good position and in a very stable situation with our sports calendar," he told a packed ballroom where the General Assembly was being held.

"I’m very happy about this."

Boasting a heritage of several thousand years, Sanya is set to welcome more than 5,000 athletes in 22 sports from November 28 to December 5 in 2020.

The last Asian Beach Games was held in Danang in Vietnam in 2016.

A core city of the Hainan economic zone, Sanya has a population of 700,000.

It has a proud record for hosting major sporting events in recent years, including the Volvo Ocean Race and the Clipper Round The World Race.

Officials revealed the city had 237 hotels - 58 of which were five-star and four-star category - with more than 60,000 rooms.

They also claimed its medical facilities were top-class with over 200 hospitals and medical institutions.

The OCA General Assembly coincided with the first official day of competition at the 2018 Asian Games here in Jakarta and Palembang.

The Games were opened yesterday with a spectacular ceremony at Jakarta's Gelora Bung Karno Main Stadium.