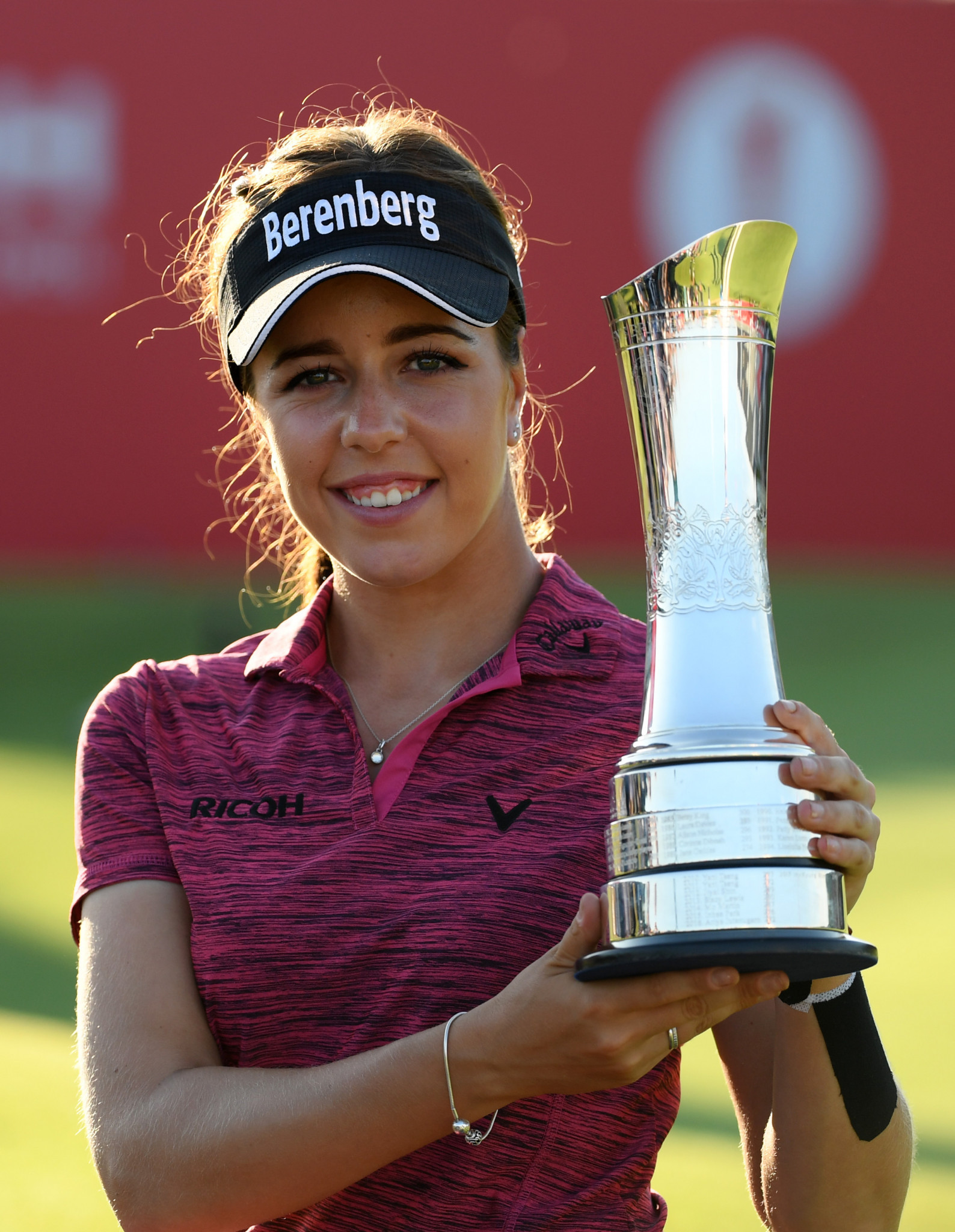 The 22-year-old is only the third British golfer to win this Ladies Professional Golf Assocation event since it became a major championship in 2001.

Hall finished on 17-under, having picked up five shots on the final day.

Her bogey on the last hole was her first of the round, and she dropped just three shots in the whole tournament.

Hall said: "There's someone special at home who's going through a very bad time, so this is for you, Grandad.

"I'd also like to thank my dad for caddying.

"Thanks for doing everything for me when I was growing up… and to my mum.

"And to my boyfriend as well for supporting me."

Hall, from Bournemouth, joined Phatlum at the top of the leaderboard after the 13th, and holed a 20 foot putt on the 16th to take the lead for the first time.

Victory meant the 2013 British ladies' amateur champion emulated compatriot Karen Stupples in 2004 and Scot Catriona Matthew in 2009, the other two British winners since this event became a major.

She said: "It is too good to be true.

"It was my goal when I was nine to win the British Open.

"I just had to stay calm and patient.

"It was very close up to the last two holes and I holed all the putts today.

"I was loving it deep down, hitting the shots under pressure.

"To get six birdies in the final round of a major is not bad."