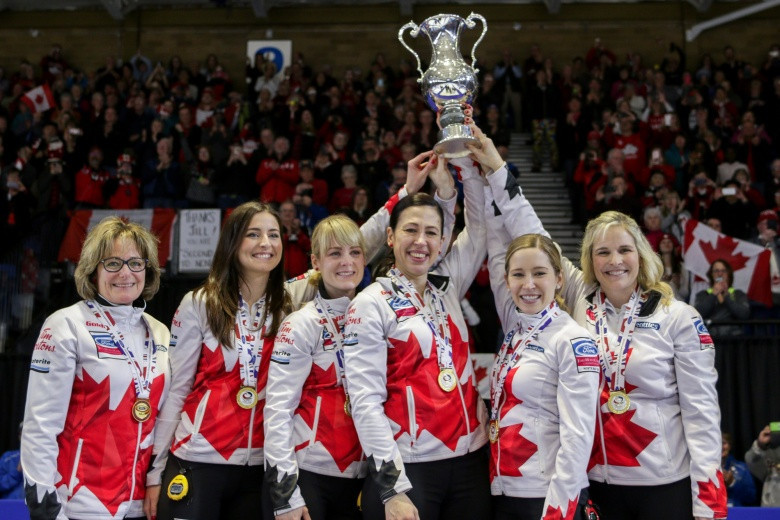 This year's World Women’s Curling Championships had an economic impact of more than CAD$7 million (£4 million/$5.5 million/€4.5 million) on the City of North Bay, it has been revealed.

The event, which took place between March 17 and 25 at the North Bay Memorial Gardens, attracted a record crowd of more than 80,000 fans during the course of the Championships who helped cheer Canada to victory as they beat Sweden 7-6 in the final.

"The CAD$7.3 million (£4.3 million/$5.6 million/€4.8 million) economic spin-off to the community, coupled with immeasurable exposure received by curling in the city and the exposure of the City to the world, will be long-lasting legacies of the event," Dave Bennett, co-chair of the Organising Committee, told Bay Today.

North Bay, a city in Northeastern Ontario, could now bid for more events.

Since 2005, under an agreement with World Curling that was last year extended until 2020, alternating women's and men's World Championships have been held in Canada because sponsorship and audiences are so strong for the sport.

"The 2018 Ford World Women's Curling Championship was a resounding success, both on and off the ice, and we were thrilled to see the City of North Bay reap so many positive benefits from hosting the event," Katherine Henderson, chief executive of Curling Canada, told Bay Today.

"We've seen this repeatedly over the years as Canadian cities gain national and international exposure from hosting Curling Canada championships, and I know that based on what transpired last March in North Bay,

"I'm sure the city will be in the mix for a future championship event."