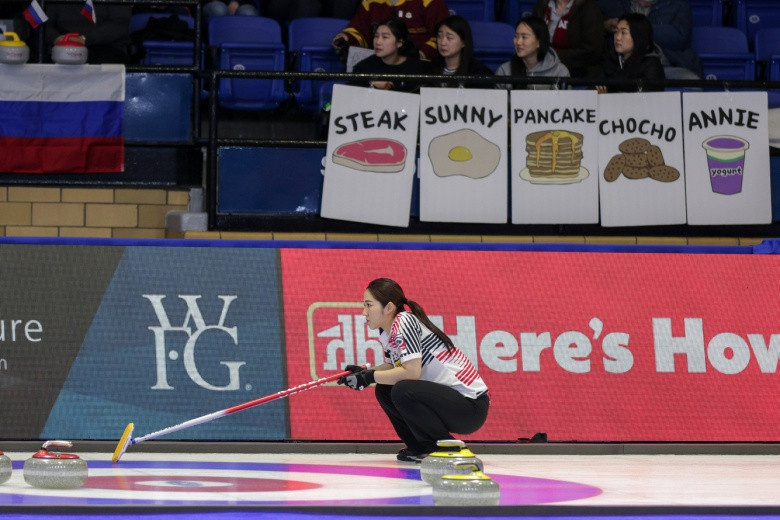 South Korea won a battle of the Winter Olympic minor medallists to become the third team to guarantee their progression to the play-off round at the World Women's Curling Championships in Canada.

It means they joined hosts Canada and Olympic champions Sweden in ensuring their progression at North Bay Memorial Gardens.

An early three-point steal followed by a double take-out in the seventh end proved key.

"As of right now I'm happy that we've achieved the goal that we set ourselves and now we're just going to concentrate on the games that are left," said Kim.

"After the first end it was great, but after that we struggled with some individual shots - it wasn't ends, it was just some shots here and there that we found difficult and that we still have to work on."

Canada, skipped by Jennifer Jones, claimed a 10th success today with a 14-6 thrashing of Italy to remain the only unbeaten team.

Sweden required an extra end to edge Russia 8-7 to move onto 10 wins and one defeat.

Six teams progress to the play-offs, with the top two securing a bye automatically into the semi-finals.

A final day of round-robin action is scheduled for tomorrow.