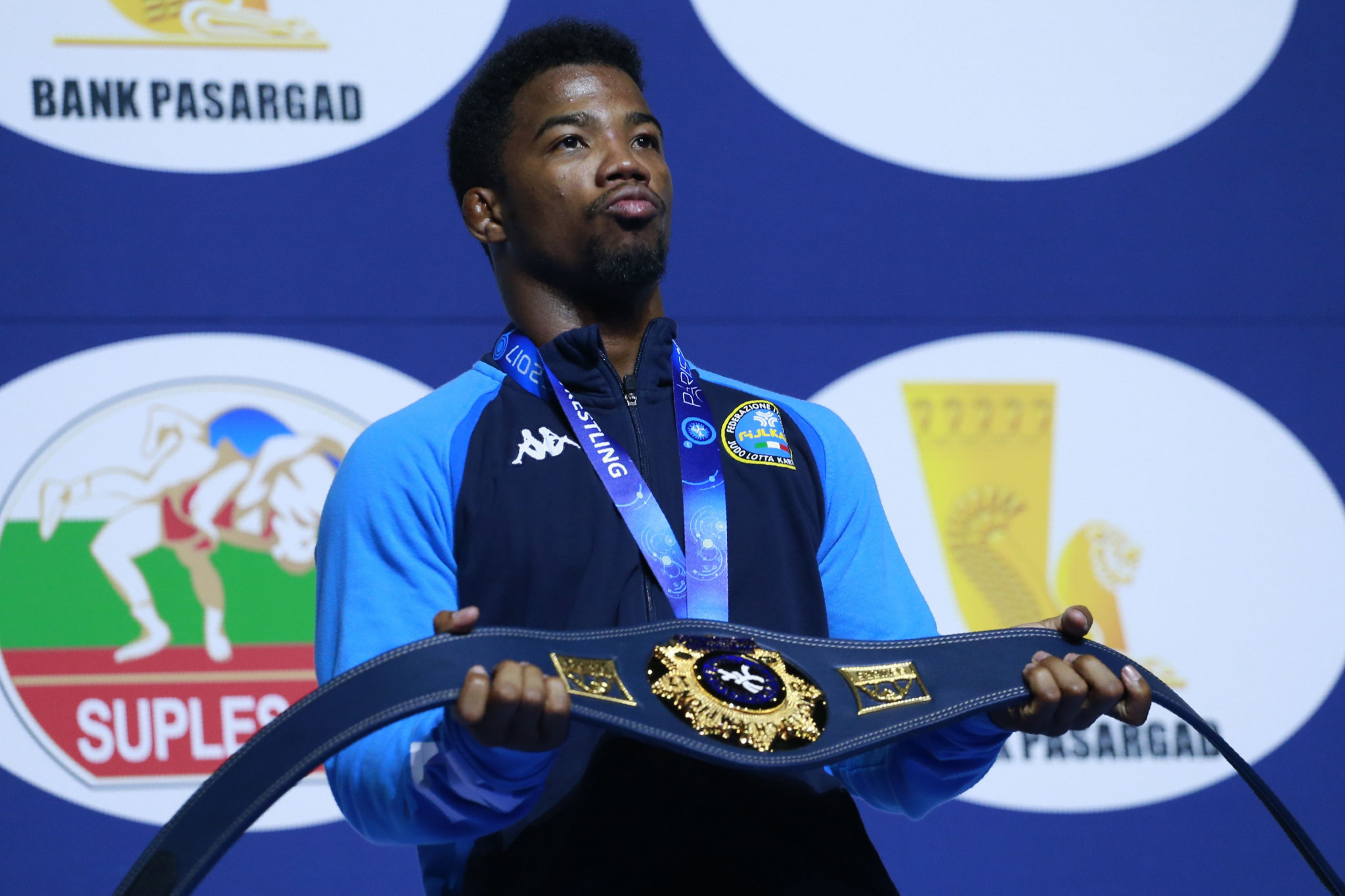 Double world champion Frank Chamizo is the new world number one in the 74 kilograms freestyle wrestling division after climbing four spots to the summit.

The Cuban-born Italian is a huge mover in the latest ranking lists revealed by United World Wrestling.

He won gold at the Yasar Dogu event with a 10-10 criteria victory over American Jordan Burroughs, the London 2012 Olympic gold medallist and a four-time world champion.

Chamizo, who won world gold at 65kg in 2015 before moving up to win at 70kg last year, avenged a defeat to Burroughs in May at his new weight.

This is the most of any country with Zavur Uguev leading at 57kg and Ilias Bekbulatov the man to beat at 65kg.

Akhmed Gadzhimagomedov is the 79kg leader and Vladislav Baitcaev is at the summit of the 97kg class.

Uguev and Bekbulatov won gold medals at the Yarygin Grand Prix and Dan Kolov-Nikola Petrov tournaments, but both finished as silver medalists at the European Championships.

Gadzhimagomedov won gold at the European Championships, as well as gold medals at the Yarygin Grand Prix and Kolov-Petrov tournaments.

Baitcaev claimed his first European title earlier this year, and was also a world military champion.

Other ranking leaders include Yasar Dogu champion Mohammadjavad Ebrahimizivlaei of Iran at 92kg.

American Nicholas Gwiazdowski is top at 125kg, Abbos Rakhmonov of Uzbekistan leads at 61kg, Andriy Kvyatkovskyy of Ukraine heads the 70kg ranks and Turkey's Fatih Edrin is the table-topper at 86kg.