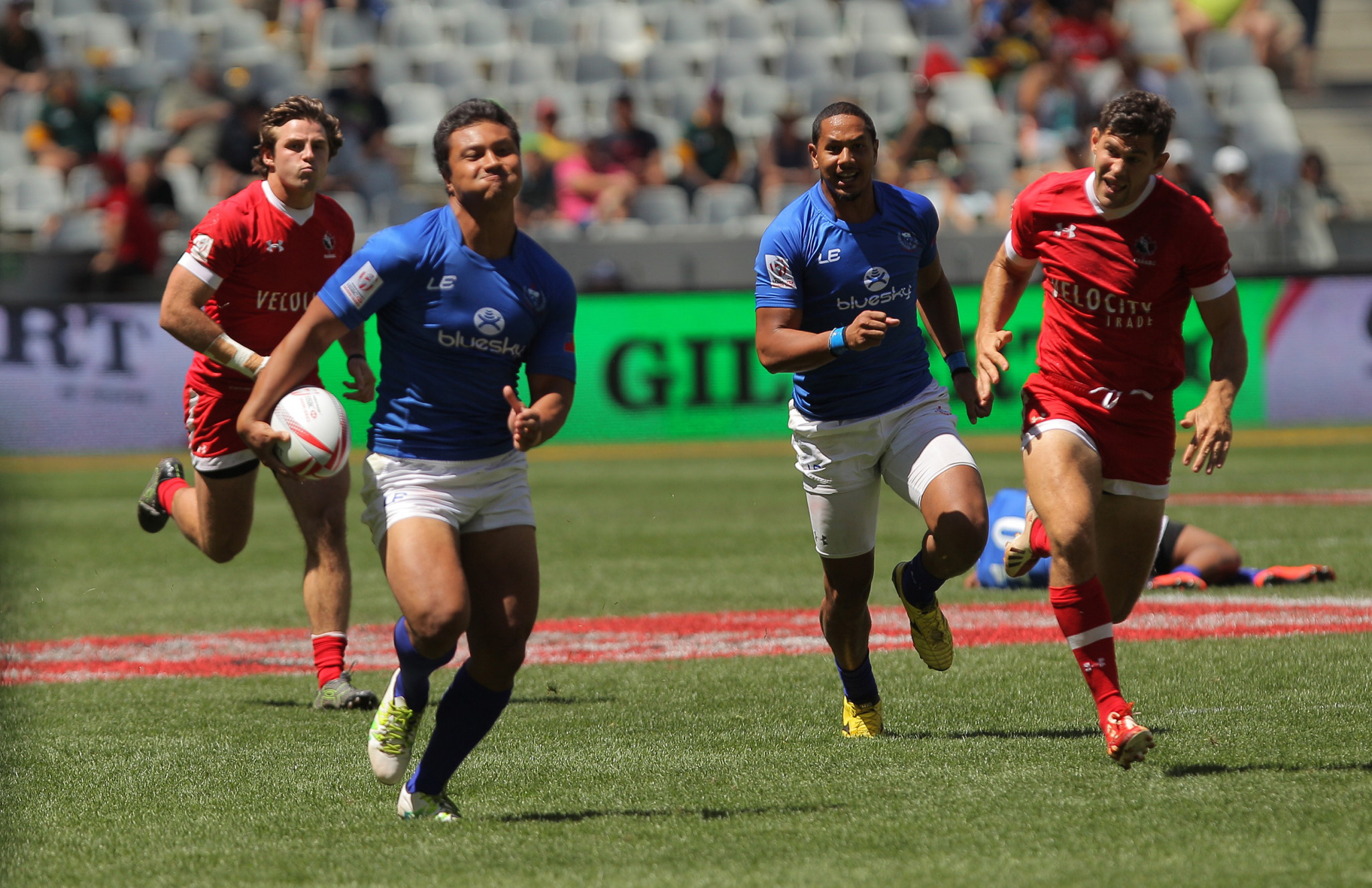 Samoa's Gordon Langkilde has been charged with assaulting two Welsh players after an incident in the tunnel at the Rugby World Cup Sevens in San Francisco.

Welsh player Tom Williams was said to be left with a broken nose and cheekbone after the alleged incident on Sunday (July 22) at AT&T Park.

A police statement said three players had been hurt but the Samoan is only accused of assaulting two.

"A third victim, a 24 year-old, male (Wales) sustained facial injuries during the incident.

"Langkilde was taken into custody without incident at his San Francisco hotel."

The incident followed Samoa's meeting with Wales in the quarter-finals of the Challenge Trophy event at the World Cup Sevens.

Williams scored the game winning try which won the match 24-19 on the golden point ruling.

According to Wales Online, Luke Morgan and Ben Roach were also injured during the incident after the match.

Governing body World Rugby confirmed that they have launched their own investigation after initially suspending Langkilde from the tournament.

"The alleged behaviour is not aligned with the sport's values and the excellent spirit in which this competition has been played by the 40 participating teams," a statement said.

"World Rugby has instigated an investigation and it would be inappropriate to make any further comment until the conclusion of that process.

"The Samoa player will remain provisionally suspended until the final conclusion of that process."

According to BBC Sport, Samoa's general manager of high performance Zane Hilton said that the country would support their player.

"Incidents of this nature are extremely disappointing and take the focus off the game itself," he said.

"Our major focus is to support Gordon with every effort possible at this time."

The Welsh Rugby Union confirmed that Williams had been left injured.