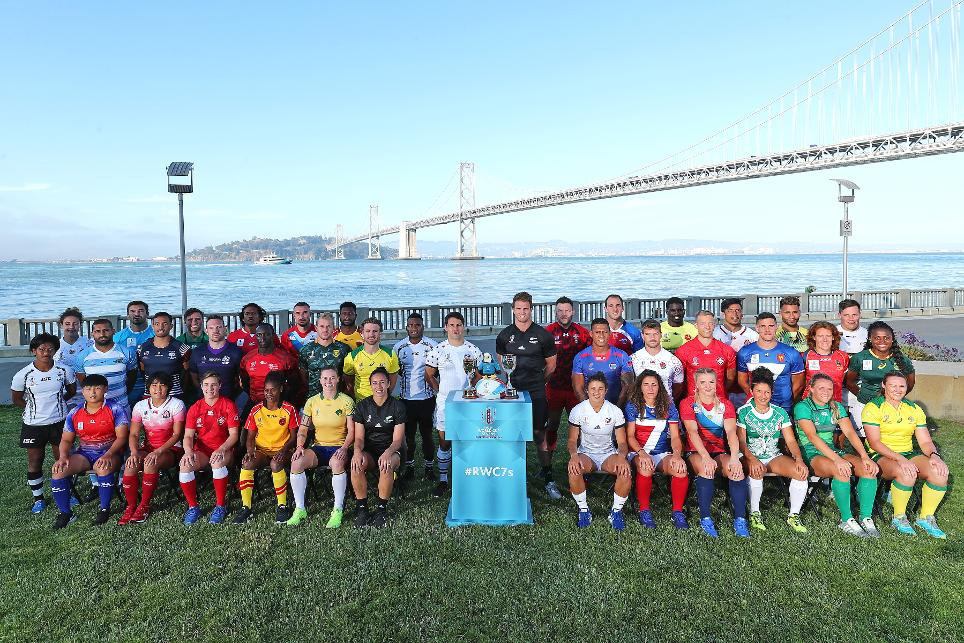 It is thought that more than 95,000 fans will attend the three days of competition at AT&T Park, which usually hosts baseball.

Both the United States' men's and women's team captains say they hope to inspire the home crowd, saying that despite the uncertainty created by the new format, it is still "so exciting" to play on home soil.

"Hopefully we can do well, put in a good performance so those new to rugby can get really excited about it," said Madison Hughes, the men's captain.

"It's huge to have an event like this in front of a US crowd," she added.

New Zealand are the reigning champions in both the men's and women's events with their women's captain Sarah Gross saying it gives them extra motivation to do it all again this year.

"Winning the last Rugby World Cup Sevens in Moscow 2013 was a pretty special moment - we were all extremely inexperienced," she said.

"It was incredible to take a Rugby World Cup home and a title that we'd never won before.

"It's definitely going to give us extra motivation to do the same again here in San Francisco."

South Africa's men’s captain Philip Snyman said everyone will have to be at their best "from the get go" because of the new format.

"Where the World Series was a marathon, this is more like a one hundred metre sprint," he said.

All the captains came together today for a special photo shoot beneath the iconic bay bridge.

A qualifying round will be played in the men's tournament before the big teams come in.