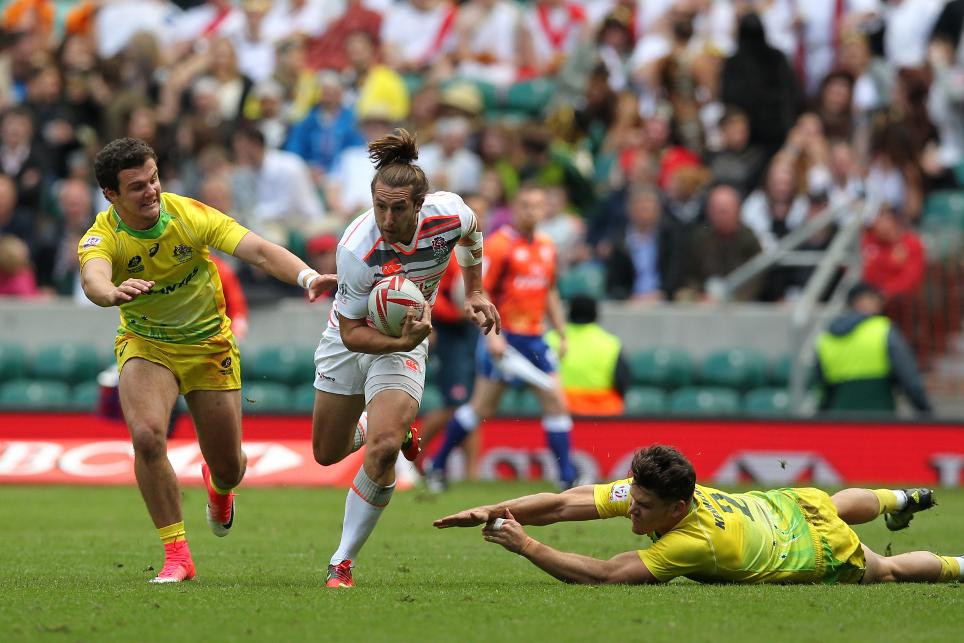 England and New Zealand produced emphatic displays on the first day of the final World Rugby Sevens Series event of the season in London today.

The two teams were the only ones to remain unbeaten following a busy day of action at Twickenham.

Dan Norton then scored two against an Australian side that were beaten 19-12 in England's second match.

In their third and final pool stage game, England trailed 17-19 to Samoa before Alex Davis went crashing over the line to score the winning try.

New Zealand recorded their first win of the tournament after defeating Japan 33-7 before they proved too strong for Canada and ran out 19-14 winners.

The All Black Sevens then made it three wins out of three with a 27-21 win over Rio 2016 Olympic champions Fiji.

South Africa, who wrapped up the overall series title in Paris last week, will play England in the quarter-finals.

The Blitzboks suffered a poor start last weekend and threatened to do so again before crawling to a less than impressive 12-10 win over Kenya.

The highlight of the pool was undoubtedly the match between South Africa and Wales.

Chasing the game at 12-5, Wales broke down the pitch following a James Benjamin interception allowing Owen Jenkins to cross in the final minute.

However, Billy McBryde missed the resulting conversion which saw the Blitzboks escape with a 12-10 victory.

South Africa then finished the pool stages with a disappointing 12-24 loss to the United States.

The other quarter-finals will see New Zealand play Scotland, the US take on Australia and Argentina face Canada.

Fiji, who last failed to reach the last eight back at Las Vegas in 2014, find themselves in the Challenge Trophy quarter-finals against Russia.

It was a disappointing day for Japan who will not be one of the 15 core teams on the world series next year after they were relegated following a heavy 61-5 defeat to Fiji in the pool stages.