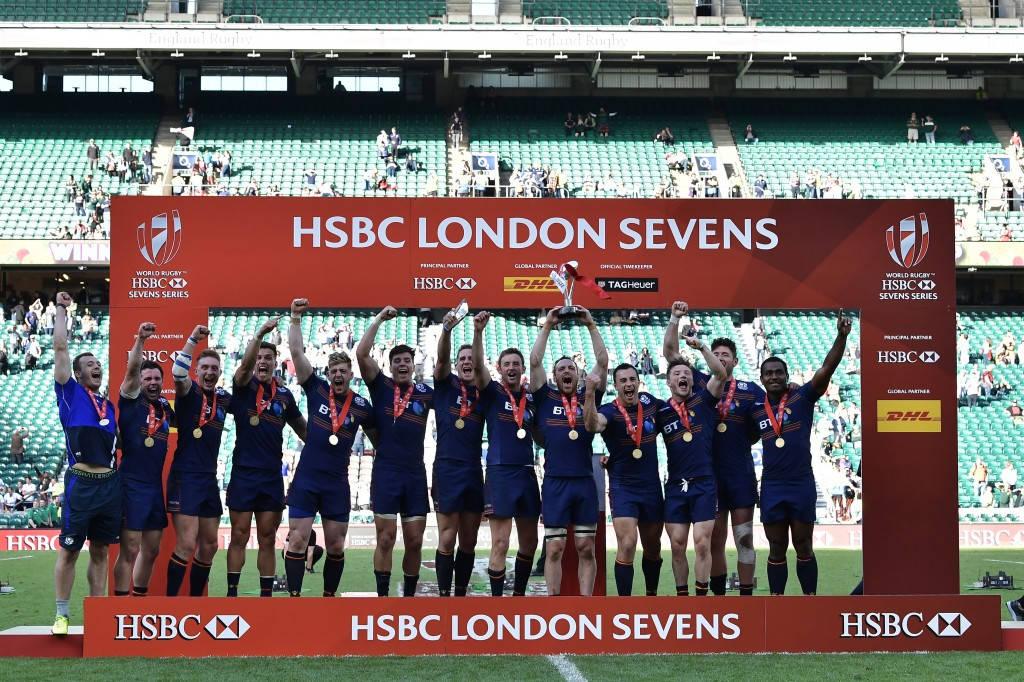 Scotland came from behind to beat England 12-7 in an all-British final at the World Rugby London Sevens today at Twickenham.

In a thrilling final, the home side had gained the early initiative through a sensational try by Dan Norton after running in from inside his own half.

They led 7-0 at the interval thanks to a successful conversion from Will Edwards.

But the Scots then responded with a score from Hugh Blake immediately after the resumption, which was successfully converted to level the scores.

Captain Scott Riddell then barged over in the corner for the match and title winning score.

It marked Scotland's second ever series title after also prevailing in the London leg-last year.

They had earlier defeated United States 21-14 in the semi-final thanks to Joe Nayacavou's try with the final play of the game.

England had eased past Canada 24-5.

The Canadians then recovered to defeat the US 22-19 for bronze.

South Africa had already confirmed that they would finish top of the leaderboard for the overall series but lost to England in the quarter-finals today.

They recovered to beat Australia 28-17 in the fifth-place play-off.

England finished second and Fiji third in the overall standings.

They defeated Wales 19-14 in the final to lift the secondary title.

It was the first time since Las Vegas in 2014 that the Fijians had failed to make it through to the final eight of the competition.