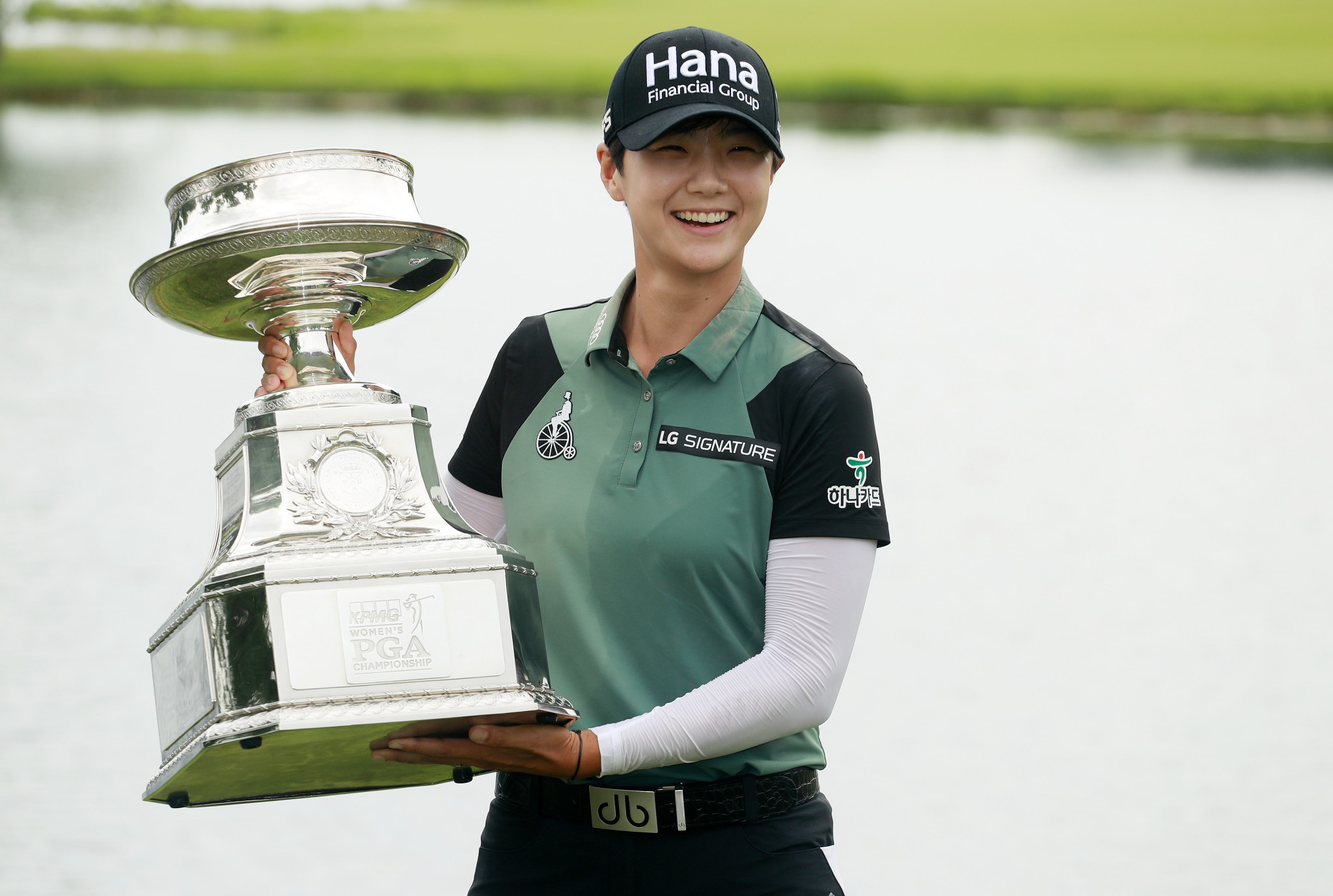 South Korea's Sung Hyun Park has won the KPMG Women's PGA Championship at Kemper Lakes in Chicago, after a three way playoff with compatriot So Yeon Ryu and Nasa Hataoka from Japan.

In contrast Ryu, the leader at the start of the day, found the water on the par three 17th and eventually holed out for a double bogey, which saw her lead come to an end.

A playoff was only needed after Park missed a birdie putt on the 18th, which would have given her the win on the final hole.

Park is not usually one to show emotion but she let her usually calm demeanour slip on the 14th when she holed a long birdie putt to pull within one shot of Ryu.

She let her emotions show again on the 16th, when she brilliantly chipped out of knee high rough having just missed the water short of the green.

Her up and down from there was undoubtedly critical in her title win as it pilled the pressure on Ryu, who went on to double bogey the next hole.

Going into the playoff, as is key, Park had the momentum and it showed, with her birdieing both playoff holes to take the win.

Prior to this weekend it had not been a brilliant season for Park, who had missed three cuts in her last four appearances before arriving at Kemper Lakes.

Her relief clearly showed as she sobbed into her caddie David Jones' shoulder after the win.

In taking the title she becomes just the third Korean to win the KPMG Women’s PGA Championship.

It marks Park's second win of the season.

She took the title at the weather-shortened Volunteers of America LPGA Texas Classic in May.