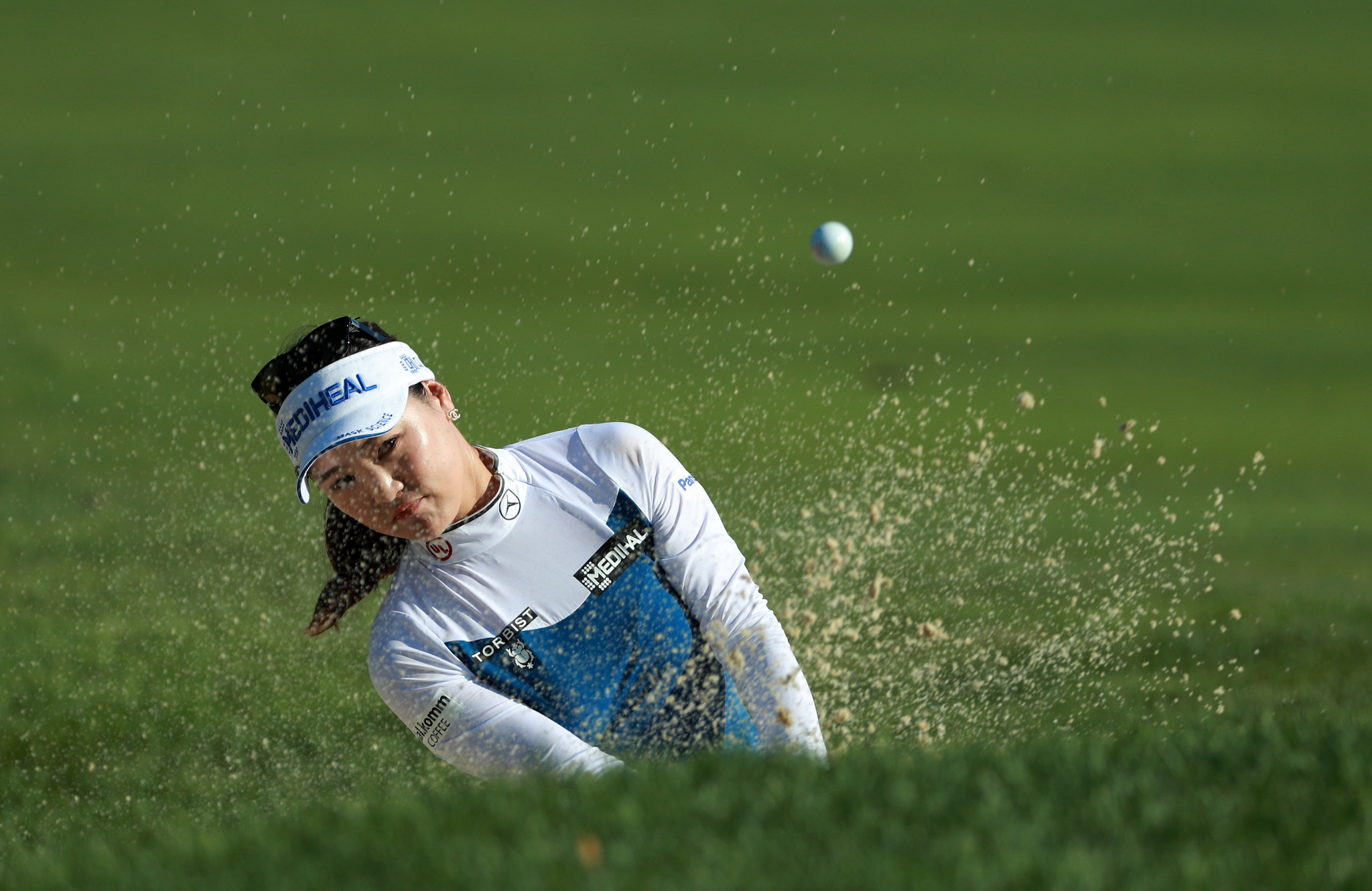 South Koreans Ryu So-yeon and Park Sung-hyun and Canada’s Brooke Henderson are tied for the lead on six-under par after day two of the Women's PGA Championship in Chicago.

Ryu, celebrating her 28th birthday, and Henderson carded rounds of 69 and 71 respectively to make up the three-way tie.

"It was kind of up-and-down all day," she said.

"I would have liked to have shot a little bit better today, but one-under when it was so hot and so windy, I'll take it."

Spain's Carlota Ciganda is a shot back on five-under.

Two-time major winner Lydia Ko of New Zealand was the biggest mover, recovering from a first-round 74 yesterday to shoot a six-under 66 and put herself two shots off the lead.

Her round today matched the tournament’s lowest so far.

Ko is joined on four-under by the United States’ Annie Park and Thailand’s Moriya Jutanugarn.

England's Bronte Law is among a nine-strong pack tied in 12th place on two-under.

World number one Inbee Park of South Korea missed the cut at five-over.

Action in Chicago is due to continue tomorrow.